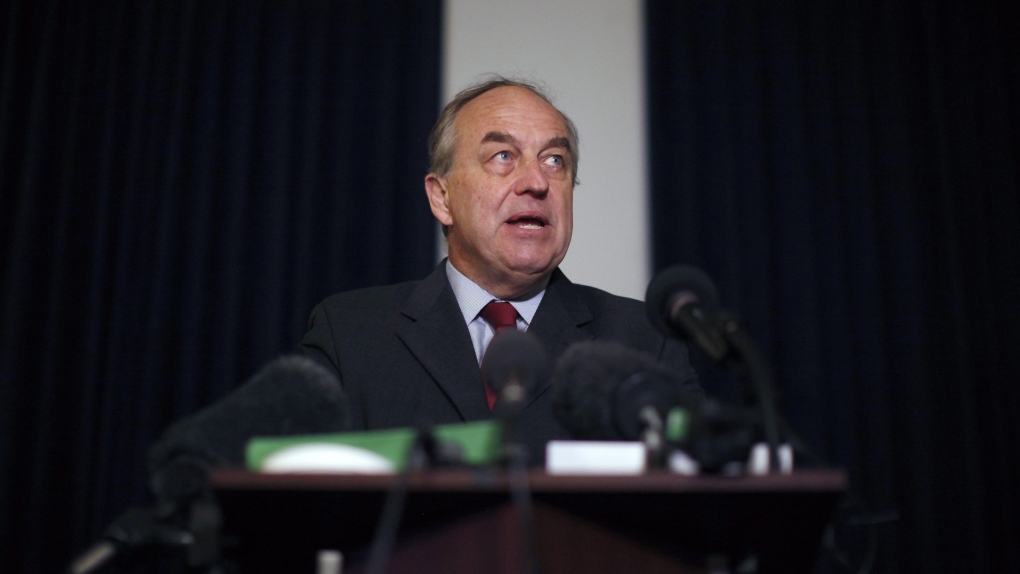 B.C. Green Party leader Andrew Weaver announces that he won't be running as leader in the next provincial election during a press conference in Victoria, B.C., on Monday, October 7, 2019. The B.C. Green party will announce its interim leader today just weeks after Weaver confirmed he would step down in January. THE CANADIAN PRESS/Chad Hipolito

VICTORIA -- Former BC Green Party leader Andrew Weaver, who stepped down from the position in November, has announced that he will continue to serve as an independent MLA for the Oak Bay-Gordon Head area.

First elected as the Green leader in 2013, Weaver says that stepping away from the political organization will help him balance his personal life and professional work.

"Sitting as an independent will allow me to better balance work with the competing health demands affecting my family," said Weaver in a news release Wednesday.

"I remain committed to the stability of this minority government and to CASA [confidence and supply agreement ]," he said.

In December, the BC Green Party announced that Adam Olsen, MLA for Saanich North and the Islands, would serve as interim leader.

A leadership contest to decide the new permanent leader of the provincial party is set to take place between June 15 and 26. The party says that the vote will use ranked ballots if there are three or more candidates, or a first-past-the-post system if only two candidates are in the running.

Debates between candidates are expected to take place throughout the province later this year, starting after April 30.

"We support MLA Weaver in his decision to sit as an independent so he can attend to the various health challenges affecting his family," said Olsen in a statement.

"The BC Green Party’s work these past years to begin to reduce partisan polarization from our political discourse and restore the public’s trust has been demanding, and because of this we recognize that a person’s commitment to their family needs to come before those to their caucus," he said.

"BC Greens have never been more relevant to the political discourse in our province, and the swell of enthusiasm we have seen around this leadership race is testimony to that," Olsen said. "Now that our foundation is firmly set, it is time for the BC Greens to take the next steps as an organization."