Adam Olsen named interim leader of the BC Green Party 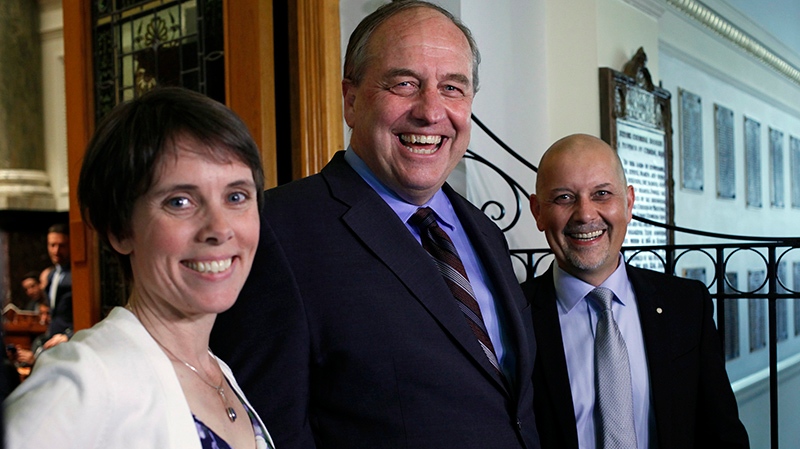 B.C. Green MLAs Sonia Furstenau, Andrew Weaver and Adam Olsen wait outside the legislative assembly before officially being sworn in as members during a ceremony at Legislature in Victoria on Wednesday, June 7, 2017. (THE CANADIAN PRESS/Chad Hipolito)

The BC Green Party has appointed Adam Olsen, MLA for Saanich North and the Islands, as interim leader.

Green leader,Andrew Weaver said in October that he would not run in the 2021 provincial election, but planned to remain in the legislature until then to represent his Victoria-area riding.

Olsen has also released the rules for the party's leadership contest.

Three debates will be held in the weeks after April 30, with voting slated between June 15 and 26. The party says it will use a ranked ballot if three or more candidates seek the top job.

Weaver was first elected in 2013 and led the party to a breakthrough in 2017 when the Greens captured three seats on Vancouver Island.

When he announced his resignation as leader, Weaver said it was “time to let another generation take the lead.”