2 arrested for Halloween crash in Esquimalt 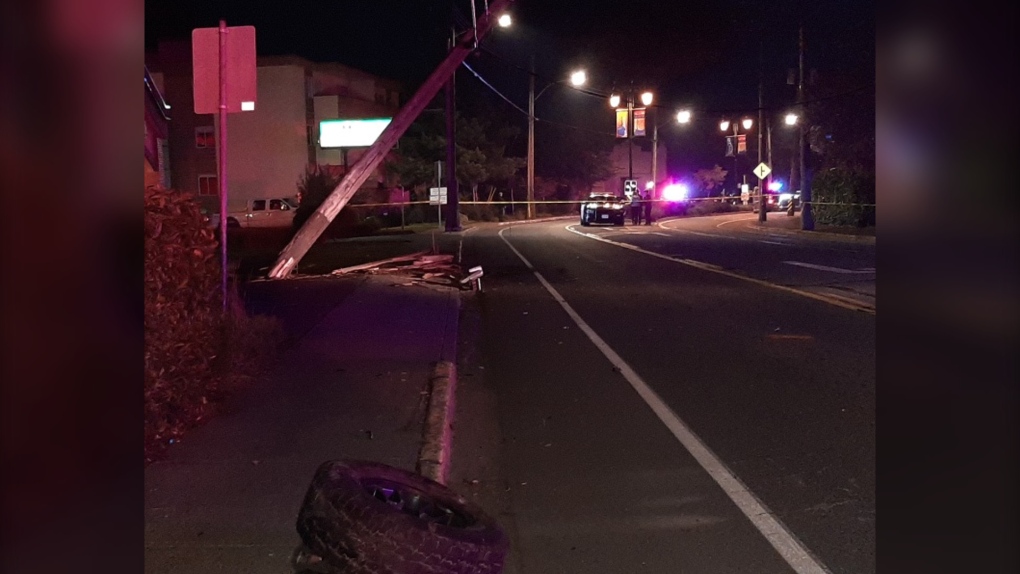 Police believe that alcohol was a factor in the crash and a woman is now facing recommended charges of impaired driving: (Victoria Police)

VICTORIA -- Two people were arrested on Halloween night after a vehicle slammed into two hydro poles in Esquimalt.

The collision occurred around 10 p.m. Saturday in the 800-block of Esquimalt Road. When officers arrived at the scene, they found two damaged hydro poles and a truck which “sustained significant damage” in the area.

“The vehicle’s front tire was found on the roadway several metres from the collision scene,” said Victoria police in a release Monday.

Police say that one of the hydro poles was severely damaged while the other sustained minor damage. BC Hydro crews were quickly called to the scene to make repairs.

According to police, the two occupants of the vehicle, a man and a woman, remained at the scene and were uninjured in the crash. Investigators believe that alcohol was a factor in the collision and both individuals were arrested for different charges.

The woman, who is believed to have been the driver, was arrested for impaired driving. The male passenger was taken into custody for obstructing a peace officer.

Both individuals were taken to police cells and were held until Sunday morning. The man was released without charges, but the woman continues to face recommended charges of impaired driving. She also had her vehicle impounded and was served a 90-day driving ban.