VICTORIA – The City of Victoria is seeking public input on the next phase of its city-wide bicycle network.

Designs for the four new bike lanes have now been released to the public to allow for community engagement. The designs, plus public feedback gathered during this period, will be accommodated into the final bike lane proposals that will go to council in early 2020, according to the city.

The Kings- Haultain corridor project would stretch from Government Street to Richmond Road. Currently, there is no designated bike lane in the area.

The city is proposing converting the streets to a "shared-use neighbourhood bikeway," which would explicitly allow for bicycles to use the street with signage and road markers. Alternatively, the city is suggesting that one-way protected bike lanes be installed in both directions on either side of the road. 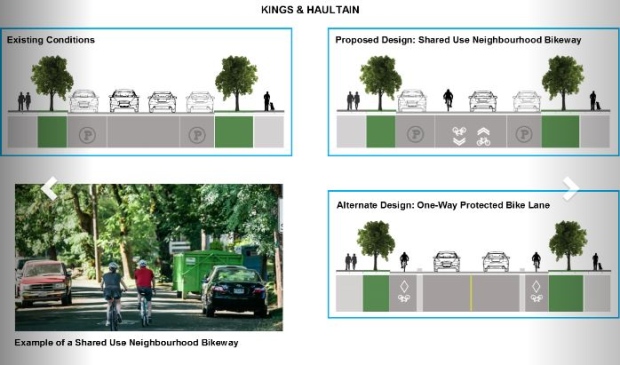 Currently, the corridor features four traffic lanes, two in either direction, and two bicycle lanes. The city is now proposing that the four vehicle lanes be reduced to three, and that protected bicycle lanes be installed in the area to improve safety for riders and pedestrians. 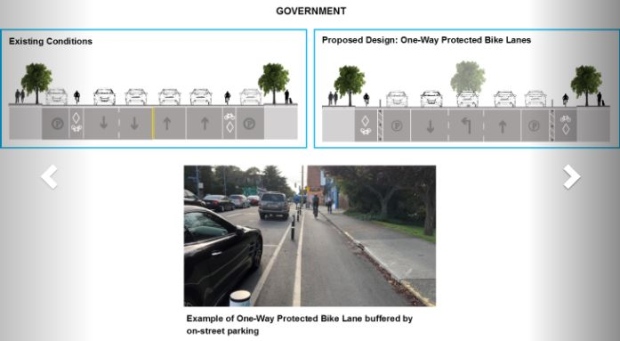 In the Richardson Street area, a new shared bike lane approach is being proposed from Vancouver Street down to Foul Bay Road. Currently, no bike lane exists on this stretch of Richardson Street, and city staff are proposing that lines be added to the street to create a shared roadway for vehicle traffic and cyclists.

Alternatively, city staff say they could remove the street parking present in the area and install one-way protected bike lanes on either side. 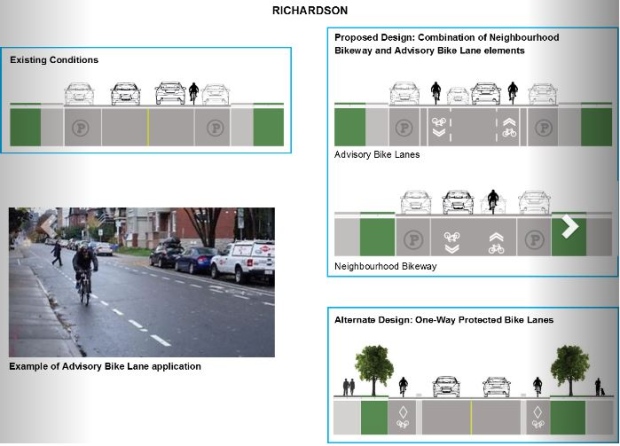 Lastly, a two-way protected bike lane is proposed for the Kimta corrider, which stretches from Tyee Road to Catherine Street.

Currently, no bike lanes exist in the area, with alternative proposals including one-way protected bike lanes on either side of the street, or shared-road advisory bike lanes. 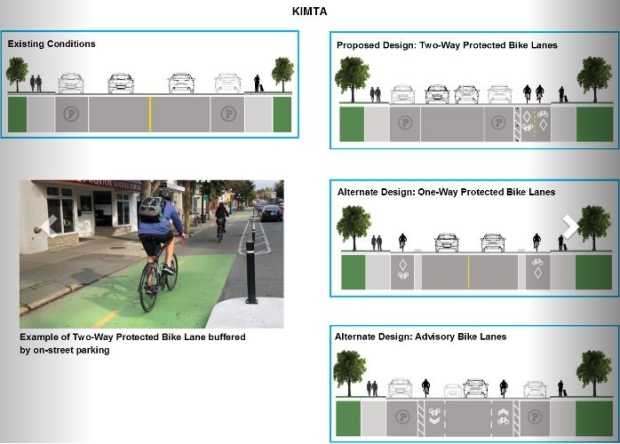 Anyone interested in commenting on the four bike lane proposals can send an email to the city at engage@victoria.ca or attend one of the city's two upcoming open houses.

Interested parties can meet with city staff at these open houses, which will take place on Thursday and Saturday. The Dec. 5 open house is scheduled for 4 p.m. to 7:30 p.m. at the Bayview Place Presentation Centre located at 80 Saghalie Road, and the Dec. 7 open house is set to begin Saturday morning on 9 a.m. to 12:30 p.m.

"All feedback received will be considered in the preparation of recommended design concepts which will be presented to Council in early 2020," reads the city's website on the 2020 bicycle network project. For more information on the project, visit the city's website online here.