'I'm sure that the City of Victoria has their reasons': Premier skeptical of bike lanes 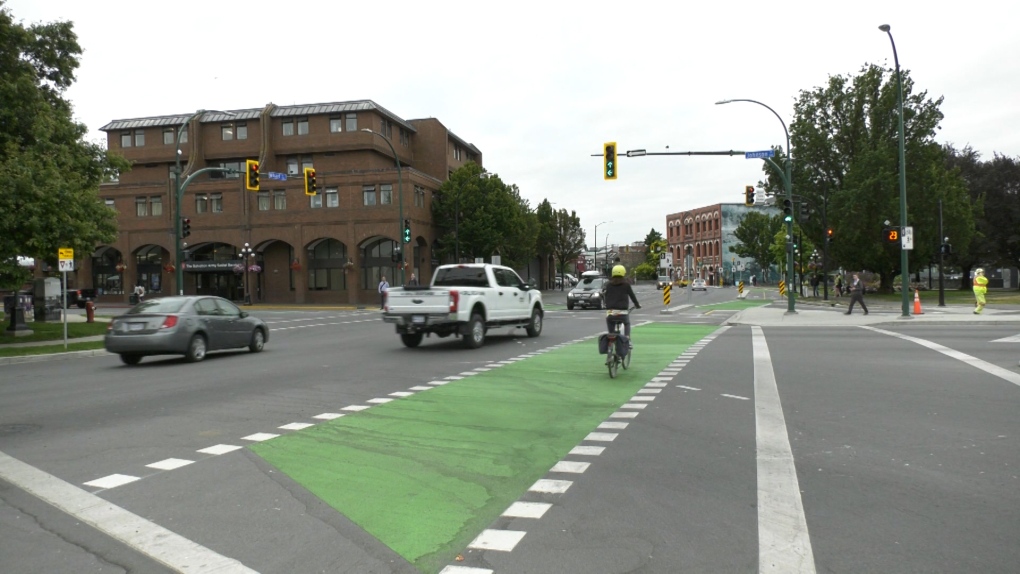 Premier John Horgan said he's finding his commute through downtown Victoria is taking longer and speculated that bike lanes might be part of the reason. (CTV)

Premier John Horgan recently announced that his government would begin a pilot program placing government offices on the West Shore.

The move is intended to make commutes easier for provincial government workers who live in Langford and other municipalities around the capital region.

Horgan himself is familiar with the Langford-to-downtown commute, having represented ridings in the area in the B.C. Legislature since 2005.

Asked how his own commute has been in recent years, Horgan said it's gotten noticeably slower.

"I'm finding I'm spending a lot more time between Bay Street and Menzies, just trying to get through town," the premier said in his sit-down interview with CTV Vancouver Island's Andrew Johnson on Friday.

Horgan mused that the protected bike lanes that opened on Fort and Pandora streets last year, as well as the other protected lanes that have followed, might be contributing to the congestion.

"I ride my bike a lot and I'm on the trail a lot, so I understand the importance of infrastructure for cycling," Horgan said. "I'm not against that at all, but I do think that sometimes you've got to look at what the consequences are of that infrastructure on other activities. But, you know, I'm sure that the City of Victoria has their reasons and I'm going to leave it at that."

The premier is far from the first person to complain about the effects of cycling infrastructure on vehicles in the downtown area.

Businesses on Fort Street complained about the loss of parking from that street's bike lane, saying business had slowed down significantly during construction because customers were avoiding the area.

Similar losses of parking occurred on Wharf Street as a result of that lane's construction.

In May, the congestion in and around Victoria as a result of various ongoing construction projects -- including bike lanes -- had some locals so frustrated, they made a bingo card that circulated widely on Reddit.