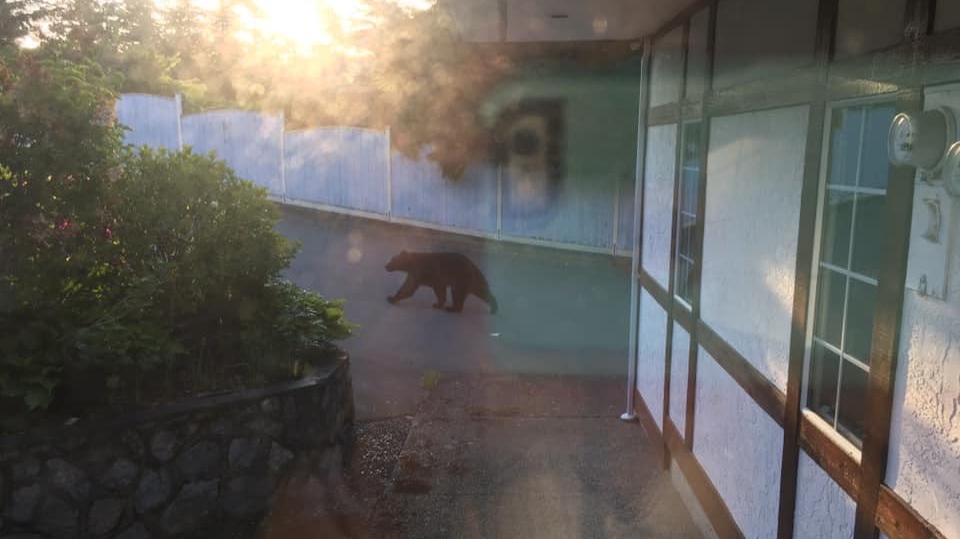 VICTORIA -- The West Shore RCMP are warning residents of a bear sighted in the View Royal area Monday morning.

RCMP first posted a warning on their Twitter account at 7:40 a.m. Police said that the bear was seen in the 100-block of View Royal Avenue.

Roughly one hour later, at 8:43 a.m., View Royal Mayor David Screech said that the bear was spotted in the Portage Park area.

Police are asking that residents do not approach the bear. Meanwhile, conservation officers have been notified of the sighting.

Bear sightings and wildlife encounters have been on the rise across the south island this spring.

In May, there were four black bear sightings in the Saanich area, three of which occurred in three consecutive days.

At the time, Saanich police were encouraging residents to take steps to reduce attracting bears to their neighbourhoods by securing trash cans, and keeping them indoors if possible.

By roughly 9:15 a.m. Monday, the BC Conservation Officer Service told CTV News that residents had already reported four bear sightings in the Capital Regional District, spanning from Saanich to Langford.