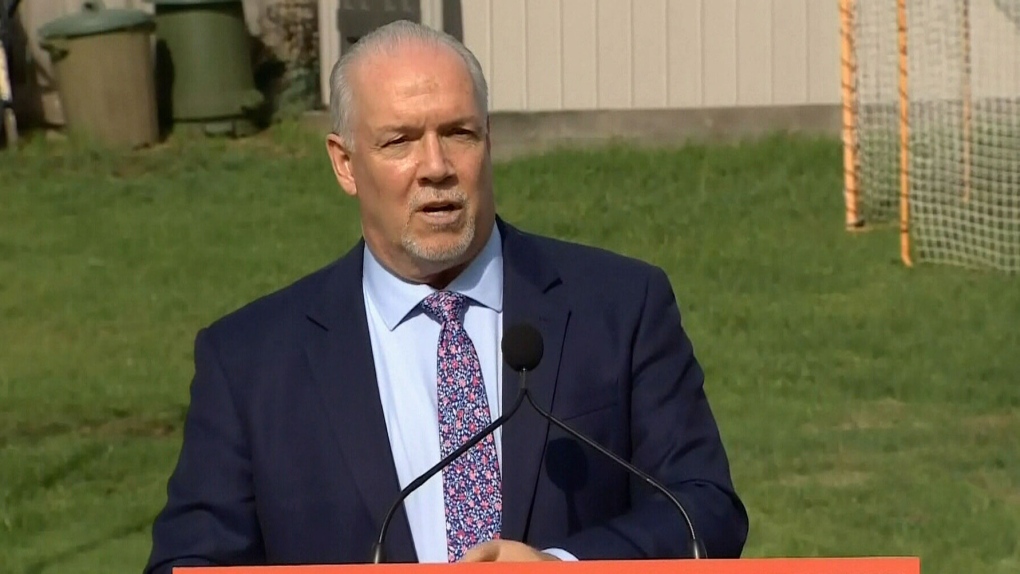 Polls conducted earlier this week show that the B.C. NDP are in the lead during the early days of the provincial election, followed by the B.C. Liberal party.

VICTORIA -- Recent polls from Insights West and Research Co. have found that the BC NDP have an edge on competing parties in the early days of the provincial election.

While responses from Insights West’s most recent survey show that the majority of British Columbians oppose the NDP’s decision to call an early election amid the pandemic, the New Democrats are still ahead in the election race.

Despite general disapproval of an early election, the number of people who intended to vote for the New Democrats has only dipped slightly since the summer. Forty-two per cent of decided and leaning voters say they plan to vote for the NDP, down from 47 per cent in June, according to Insights.

According to Insights, 20 per cent of all eligible voters are still undecided, with weeks of the election campaign still remaining.

“In the early stages of this race, it appears that despite public opposition to the snap election, voter intentions have not shifted dramatically,” said Steve Mossop, president of Insights West in a release Thursday.

“Approval ratings for Horgan are among the highest of any sitting premier, and our previous government report card (June) indicated that his government has received top marks for its handling of COVID-19 as well as many other government files,” he said. “The question is whether Horgan will be forgiven for calling an early election, and whether COVID-19 infection levels are able to be contained during the election period.”

Poll results released by Research Co. on Thursday are similar to the findings by Insights West, with the B.C. NDP taking an early lead followed by the B.C. Liberals.

In total, 44 per cent of decided voters say they intend to vote for the BC NDP in this election, according to Research Co.’s survey.

Twenty-nine percent of respondents aged 18-to-34 say that housing, poverty and homelessness are their most pressing concerns, while the most urgent matter for people aged 35-to-54 was economy and jobs, at 26 per cent. Meanwhile, health-care was the most pressing issue for people aged 55 and over, with 29 per cent placing it as their most priority during the election.

Research Co. conducted its online survey between Sept. 21 and Sept. 23. A total of 750 people responded to the survey, which has a margin of error of +/- 3.6 percentage points, 19 times out of 20, according to the company.