VICTORIA -- A vehicle crash near BC Ferries' Tsawwassen terminal in Vancouver has forced passengers aboard the Spirit of Vancouver Island vessel to remain onboard.

At approximately 9:15 a.m., BC Ferries said that the vessel was holding in the Tsawwassen dock until the accident was cleared.

According to Delta Police, the head-on collision involved three-vehicles near Tsatsu Shores Drive. Police say one person is seriously injured and traffic on Highway 17 was reduced to one lane alternating in each direction. 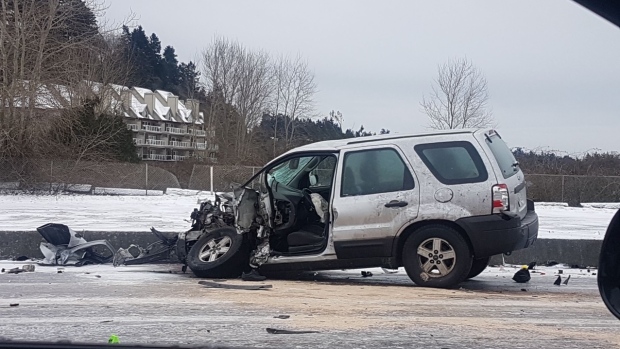 Once the area has been cleared, passengers aboard the Spirit of Vancouver Island will be allowed to unload. Once the vessel is emptied, new vehicles and customers will be directed on board.

The additional delays come after three straight days of BC Ferries sailing cancellations due to weather.

High winds and snowfall swept across Vancouver Island and the province's coast throughout the weekend. On Monday morning, residents of the island woke up to centimetres of snowfall, cancelling school in the Cowichan Valley School District.

On Monday morning, Environment Canada issued a snowfall alert for West Vancouver Island. Up to five cm of snow are expected to fall over the region, especially near the Sooke area. 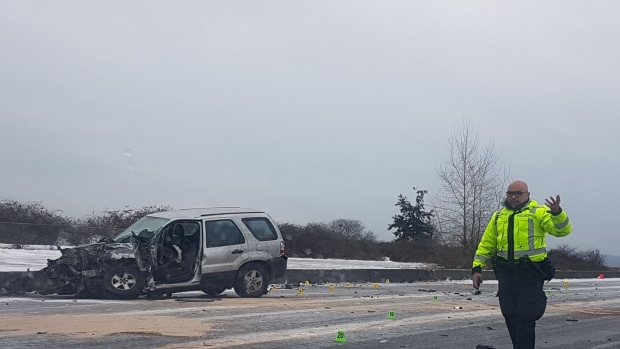 For the latest updates on BC Ferries sailings visit their website online here.