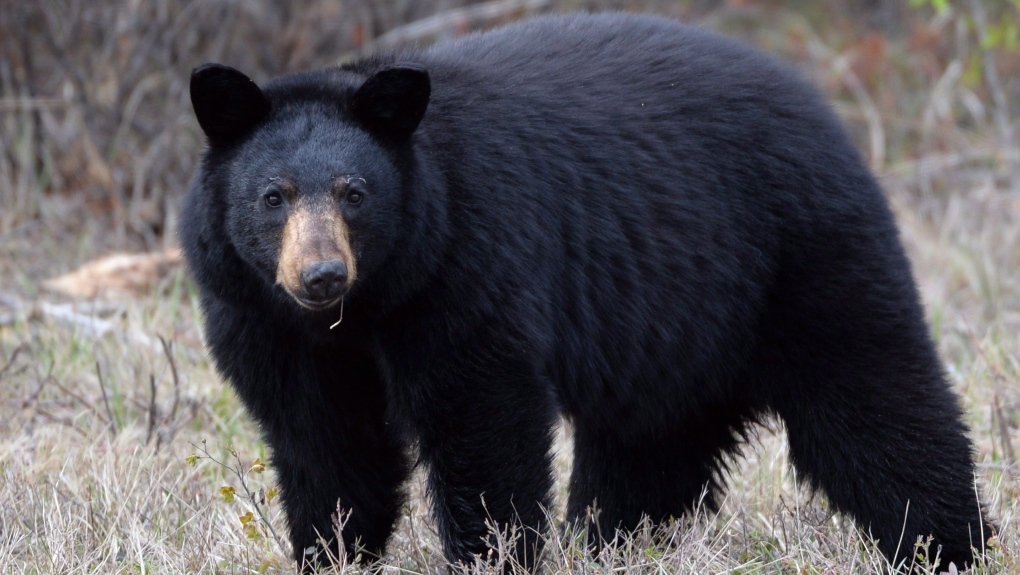 A black bear stands near the side of Highway 881 near Conklin, Alberta on Tuesday May 10, 2016. (THE CANADIAN PRESS/Jonathan Hayward)

VICTORIA -- A large adult bear that had become habituated to humans and urban life was euthanized in the Langford area Monday morning.

The B.C. Conservation Officer Service says the bear was seen in the Millstream Road area of Langford multiple times over the past several days and that it had become habituated to eating garbage.

Conservation officer Scott Norris says the three- to five-year-old bear had become a danger to the community.

“[We] regretfully had to put down the bear,” Norris told CTV News.

The conservation service is reminding residents to secure their garbage cans and to put them indoors if possible, to avoid attracting bears to their neighbourhood.

Norris says that anyone who leaves unsecured garbage cans out, or other items that may attract bears, could face fines. However, he stresses that the most important part is to keep the community and wild bears safe.

The conservation officer adds that while communities on Vancouver Island can feel quite developed, most places on the island are still considered “bear country.”

On Monday morning, the West Shore RCMP warned of a bear sighting in View Royal.

The bear was last spotted in Portage Park, and conservation officers and police asked people at the time to avoid the area and keep pets on leashes.

In May, there were four reported bear sightings in the Saanich area, three of which occurred in just as many days.