Woman says she was drugged, sexually assaulted and woke up at B.C. naval base

A specialized investigation wing of the Canadian Armed Forces Military police is delving into serious allegations that a civilian woman was drugged, brought to Esquimalt's naval base and sexually assaulted.

Friday, Oct. 5 was quiet at Canada’s most western naval base. Aside from standard operations, CFB Esquimalt – home to warships, submarines and hundreds of sailors – was nestling in for a calm autumn evening.

But on the Vancouver Island base, a woman says her life was about to be fractured forever.

"I don’t have any protection," she says. "But these guys have the full military behind them."

On a night out drinking with friends, a waitress from southern Vancouver Island claims she was drugged, taken to the naval base and sexually assaulted. CTV News has agreed to protect her identity as she fears for her safety.

Celebrating with friends, "Sarah" says an average Friday night out was about to become a life altering ordeal. At a pub in downtown Victoria, Sarah was drinking and enjoying time with friends when her memory began to fade.

Believing she was slipped a date-rape drug, the next 10 hours offered only splinters of recollection, hazy memories and one indelible image she says she cannot shake. Sarah says she was raped.

“I do remember waking up to a man behind me penetrating me from behind," she says.

Exactly how she arrived at a secure naval base remains somewhat of a mystery, even to Sarah.

She told CTV News she may have gotten into a cab with a number of unknown men, but in the end she remembers being at the downtown bar – and then only haunting flashbacks of being held by shirtless strangers, staggering shoeless down darkened base hallways and eventually being sexually assaulted.

“Where am I? Who are you?” she asked her alleged attacker. “How did I get here?”

She claims the man said he had no clue who she was, and that she simply arrived at his door in the middle of the night.

Slowly regaining consciousness, Sarah says she was left alone without her shoes, a coat, cell phone or anyone willing to offer real help.

Over the next several hours she says she unsuccessfully attempted to retrace the painful and faded steps of her night, but could not find her belongings.

She says she did make contact with military police the morning following her alleged assault, but at the time only reported her missing personal items and not her sexual assault. “For some people it happens right away, for others it takes days, months even years,” said Linda Amy with Victoria’s Sexual Assault Centre.

"It’s very common, because traumatic events are processed differently in the brain. Recalling all these fragments takes time, and it takes time to fully comprehend what happened, particularly if someone had been consuming alcohol."

It was only after confiding in her mother and grandmother that she reported her drugging and assault to base authorities, and saw a doctor. 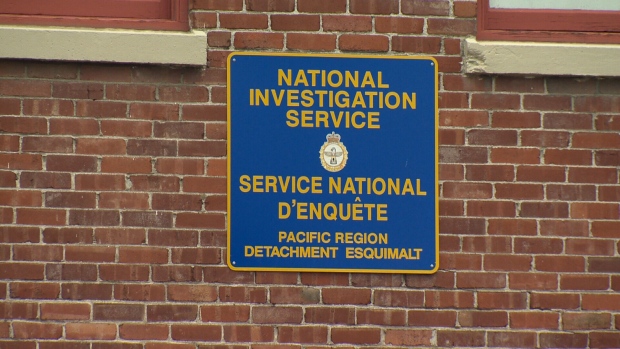 Sensitive and serious investigations, like sexual assaults, quickly rise above the purview of standard military police. These cases fall on the desk of federal investigators with the Canadian Forces National Investigation Service.

Sarah's is one of these cases. At first request, officials at CFB Esquimalt would not confirm an investigation was taking place, only saying there are multiple sexual assault investigations ongoing at the naval base.

But now, a shift. Federal investigators tell CTV News they are taking a deeper look at these serious allegations, and an investigation into Sarah’s claims is ongoing.

"CFNIS officers are qualified and they are professional credentialed police officers," said Jean-Marc Mercier with the federal investigative unit. "They are investigating thoroughly without any obstruction from the chain of command and following through genuinely and diligently on all factual evidences."

Military investigators have requested a toxicology report and a forensic rape kit which was conducted in the day after the alleged assault. Sarah’s family says once they receive the medical information it will be shared with detectives.

Victoria police have also been contacted by Sarah’s family, but told CTV News it would not involve itself in an investigation being handled by another organization, like the military police. Sarah’s family has since filed a complaint with the Office of the Police Complaint Commissioner saying they did not believe military police could objectively investigate a crime involving a civilian.

"One is too many"

CFB Esquimalt’s top sailor says he was shaken by news of new allegations.

"If we have one or 100 cases at CFB Esquimalt it doesn't matter. One is too many," Base Commander Jason Boyd told CTV News. The naval captain, who oversees roughly 4,000 uniform sailors, says each and every allegation is taken seriously and the Canadian Forces is taking action. "We are, and we should be held to a higher standard.” said Boyd. "That is what people in Canada expect."

In 2016, Canada’s Chief of the Defence Staff Jonathan Vance released a damning report which outlined a systemic issue with sexual assault in the Canadian Forces. Top officials vowed to root out perpetrators and begin a cultural shift.

Military brass say that shift is already taking place. Authorities received 111 reports of sexual assault between April 1, 2017 and March 31, 2018, according to new figures provided to The Canadian Press. That was more than double the 47 such reports received over the previous year.

Sarah says her nightmare played out in a place where the odds were already stacked against a civilian.

She claims her attackers, the men who allegedly drugged and assaulted her, were members of the Royal Canadian Navy, and hopes a federal body connected to the military police can objectively investigate her life-shattering ordeal.

"I don’t trust them and don’t really respect it," she says. "I’m actually kind of scared of them."

No charges have been laid in connection with Sarah’s allegations, and federal investigators have not released any details about persons of interest, arrests or anything about this case.

Right now, the only reason anyone knows about the story is because “Sarah” decided to step out of the shadows and share the most painful story of her life.

With files from The Canadian Press.