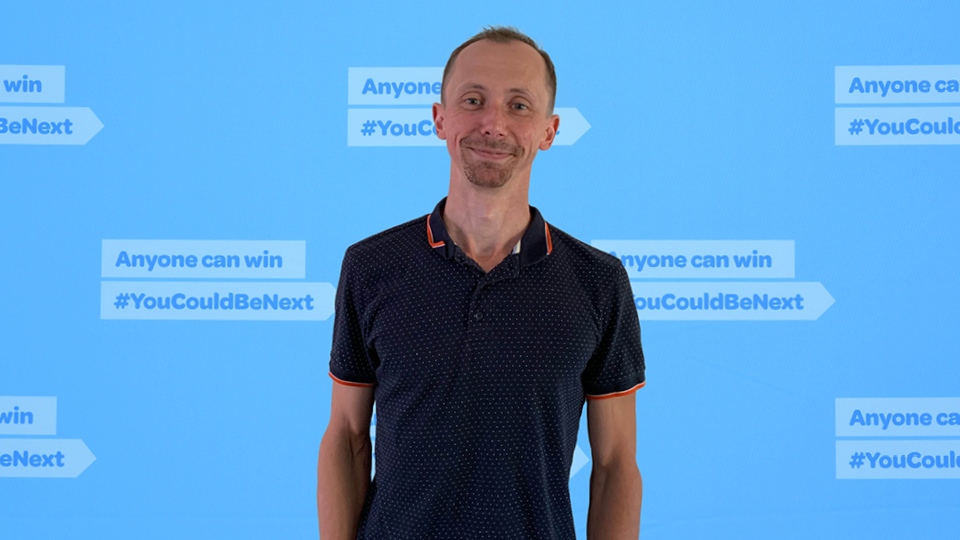 Nanaimo man Matays Deri bought his winning ticket from a gas station in the Harbour City: (BC Lottery Corporation)

VICTORIA -- A Nanaimo man has big plans in the works after winning $675,000 in the lottery.

Truck driver Matyas Deri told the BC Lottery Corporation (BCLC) that he was on a one of his regular routes when he decided to stop for fuel at the Gas N Go on Jingle Pot Road in Nanaimo.

While he was filling up, he bought a Set for Life lottery ticket, something he normally does before heading back onto the road.

This time, however, when he returned to his truck to scan his ticket, he was shocked to find he won a top prize.

“I heard the noise so thought I had won a free ticket,” Deri told the BCLC. “When I looked at the screen, it said annuity. I had to check again to make sure I was seeing it right.”

He then called his wife from his truck to share the news and was nearly overcome with excitement.

“I Facetimed her to show her the ticket, but I was shaking so badly she could barely see it!” he said.

Deri now plans to use his winnings to purchase a new home and plan a family trip to Disneyland, once it is safe to do so.

In the meantime, he’s planning on surprising his kids with a few new Lego sets.

That winner’s plans include buying a new “Supersonic” hair dry, an item she’s wanted to buy for quite some time.