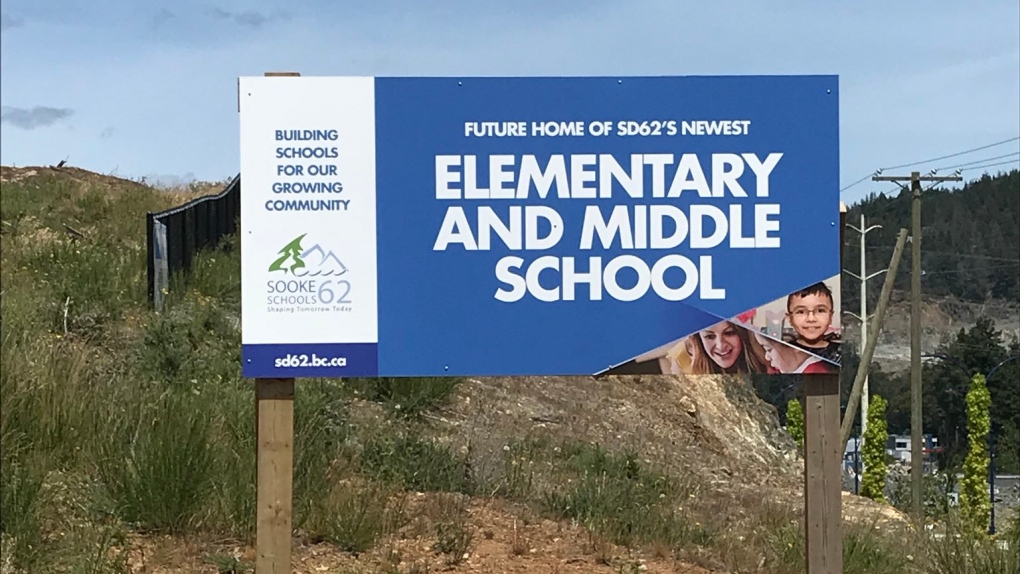 A sign placed at the construction area of a new elementary school and middle school in west Langford. (School District 62/Twitter)

Two new schools opening in Langford are in need of names, according to the Sooke School District.

School District (SD) 62 is hoping that the community will get creative with naming the two institutions, one an elementary school and one a middle school, which are set to open in 2022.

Participants will be asked to offer a name suggestion and briefly explain why they consider it to appropriate. Meanwhile, people will also be asked to rate other suggestions throughout the public engagement period.

According to SD 62, the new schools will be named after a geographical characteristic or historical name, which could include an event or person. If the school is named after a person, consent from the individual will first have to be obtained, or if it’s a deceased person, consent will be sought from a surviving relative (unless they are significantly renowned).

People looking to have a hand in naming the schools are also encouraged to visit the school district's website periodically to see and rate new name suggestions that may have been submitted after they initially put forward their suggestion.

As of roughly 12:30 p.m. Tuesday, the most highly rated names for the elementary school were Westhills Elementary, Langford Lake Elementary, and Goldstream Elementary.