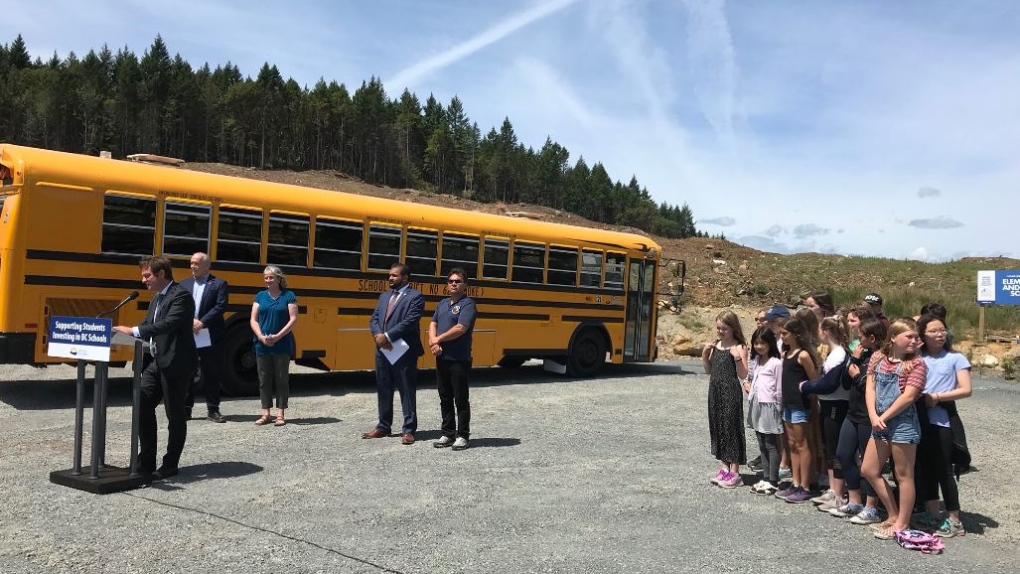 Langford is poised for a boom in new school construction as the province unveiled funding for three new school projects in the rapidly growing West Shore community Monday.

Premier John Horgan and Education Minister Rob Fleming announced the province would provide $88.6 million to build a 500-seat elementary school and a 700-seat middle school on Constellation Avenue in Langford.

The Premier noted the new schools were badly needed. "Finally after decades of advocacy, schools are being built to meet the need of the fastest growing  per capita school district in B.C."

The new schools are expected to be open by September 2022. The elementary school will also feature a neighbourhood learning centre and childcare spaces.

“These two brand new schools will ensure that families on the West Shore are well served close to home,” said Fleming. “We are making great progress in this growing community after years of under-investment from the previous government.”

The province also announced it would spend $18.6 million to buy land for a future high school on McCallum Road in Langford.

The school district is expected to contribute $350,000 for the land purchase.

BIG news for #SD62!! New middle and elementary schools for West Langford AND land for a new secondary school in Langford!!! Thank you @jjhorgan @bcedplan @Rob_Fleming for recognizing how fast we are growing. pic.twitter.com/5SpYzXf3UI

“Schools are at the heart of community," said Horgan. "They are where we meet, play and connect. These two new state-of-the-art schools coming to Langford will deliver the modern learning environments our children need, while also providing spaces for community organizations and events.”

The provincial NDP government says it has created 9,425 student seats at new and expanded schools throughout B.C., including 1,800 new student seats in the Sooke School District, one of the fastest-growing school districts in B.C.

Langford Mayor Stew Young applauded the news, but told CTV News he'd like to see a five-year plan put in place to manage the school projects and population growth on the West Shore.

"I'd like to see a plan for five years," Young said. "Take our growth projection, and then make sure we have a plan in place for it."

Still, for many parents and teachers attending the announcement, it was all good news.

Dawn Anderson, a secondary teacher in the district, said the new schools will be great for students and teachers alike.

"It provides opportunities for new teachers to come in and gain amazing experience for our students that are desperately seeking education and learning opportunities," she said.

“This is a great day for our school district and community,” said Ravi Parmar, Sooke School District chair.

“Today, most of our schools are at or nearing capacity. This new elementary and middle school, as well as the land purchase for a future secondary school, are going to help eliminate portables and implement our board’s plan to build new classroom spaces for our growing community.”