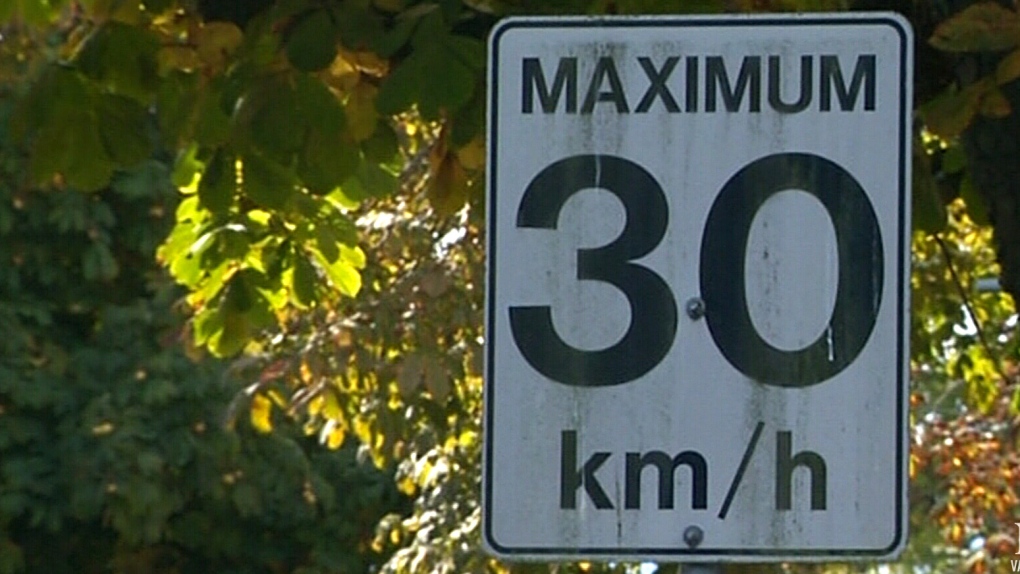 Saanich Mayor Fred Haynes told the province that there was "an epidemic of road crash fatalities, serious injuries, collisions and near misses" in the district. (CTV News)

VICTORIA – Saanich Mayor Fred Haynes is calling on the province to reduce residential speed limits following what he describes as an "epidemic of road crash fatalities, serious injuries, collisions and near misses" on the district's roads.

On Monday, Haynes penned a letter to Premier John Horgan that asked the B.C. government to "modernize" the province's Motor Vehicle Act alongside suggestions of how to do so.

Haynes says that current legislation requires expensive signage and makes enforcement difficult. Rather than requiring drivers to spot posted speed limits at the entrance to every street, Haynes recommends the province allow municipalities to issue blanket speed limits for all residential areas.

Haynes's letter comes after a number of traffic-related deaths shook the Saanich community this fall.

Earlier this month, Saanich residents took to the streets to draw attention to a stretch of Prospect Lake Road where a motorcyclist was killed after colliding with a pickup truck. Residents of the street say it is known to be a dangerous area that drivers speed through.

"We are outraged at the fact that nothing has been done to address the problem," said one group of demonstrators on Nov. 6.

"It is extremely unsafe. Prospect Lake Road has blind corners, blind hills, no shoulders and in most places no sidewalks. The commuting traffic completely ignores the recommended speed limits on our road, drives aggressively, and disregards the safety of our community."

Meanwhile, back in September, Victoria Mayor Lisa Helps threw her support behind a resolution to lower speed limits on some residential streets at the Union of B.C. Municipalities convention (UBCM).

Helps voiced support for a City of Vancouver pilot project that lowered the speed limit of some residential streets from 50 km/h to 30 km/h.

"As fellow politicians we understand that some issues are so large they transcend multi-election cycles and party lines," said Haynes. "Road safety is not a political issue that can be continuously delayed and deferred, with endless studies and reports that wither with each change of government."