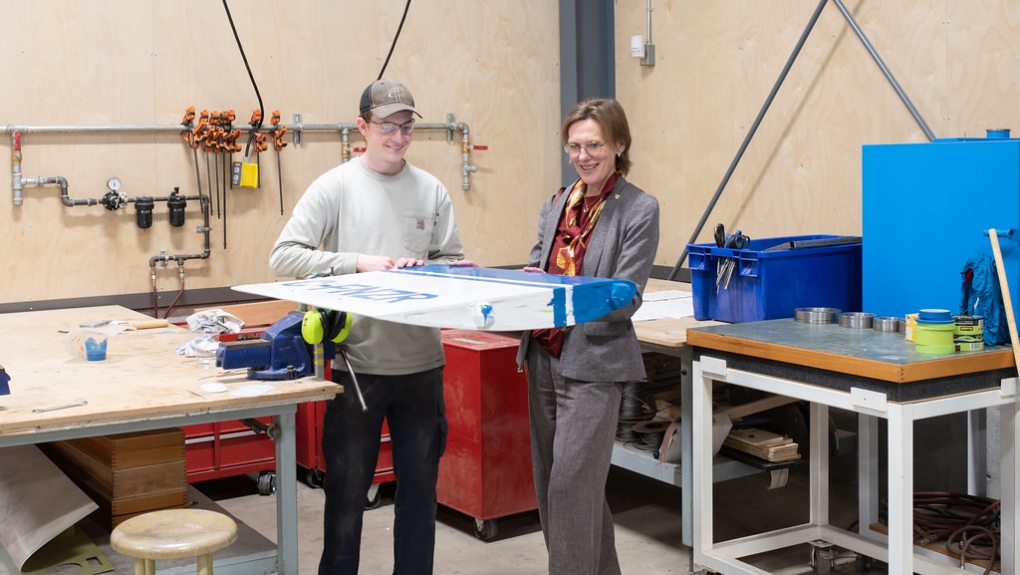 The official opening of the $18-million expansion of the Campbell River campus of North Island College was celebrated with Claire Trevena, MLA for the North Island, on behalf of Melanie Mark, Minister of Advanced Education, Skills and Training; John Bowman, president, NIC; and NIC students, faculty and staff: (Province of British Columbia/Flickr)

According to the provincial government, the new facilities will be able to accommodate 175 additional students across NIC's industrial trades and culinary programs, and will increase the possible number of international students by 80.

"This campus expansion project means that students on the North Island won’t have to leave home to gain the skills they will need to participate in the economy of the future," said Claire Trevena, MLA for the North Island.

"I am pleased that the next generation of tradespeople, business leaders and health-care professionals will be able to complete their training in Campbell River."

The B.C. government says that there is a growing demand for skilled-trades workers throughout the province and Vancouver Island, with an estimated 11,500 trades openings needed on the island and the West Coast over the next decade.

North Island College's $18-million expansion project was funded by the federal government ($5.8-million), the provincial government ($8.6-million) and the institution and its donors ($3.6-milllion).