Camosun and VIU partner for new women in trades program 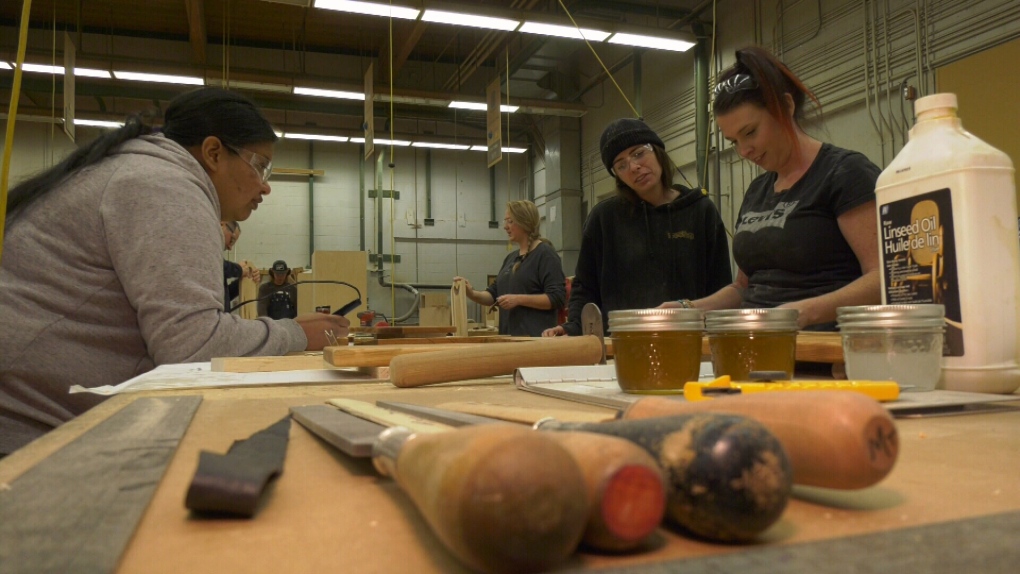 VICTORIA -- A new partnership has been formed between Camosun College and Vancouver Island University (VIU) to encourage local women to enter the trades.

The new partnership will extend the reach of the Women in Trades Training (WITT) program that Camosun currently offers. It will help address the low representation of women in Red Seal and provincial trades for the Vancouver Island and Coastal Region.

The expanded WITT program will give the opportunity for women to enter a Pre-Apprenticeship (Foundation) or Apprenticeship program, or try a 12 week Trades Sampler Program geared to those who want to explore different trades before deciding which path they would like to take.

According to WITT, women have historically faced barriers to the trades, including financial restrictions, family responsibilities, gender bias, working hours, peer support and not knowing where to start.

Supporting women and breaking down these barriers into trades industries is a large part of the program.

Sarah-Jayne Roa, the WITT coordinator for Camosun College, says, “Over the next two and a half years, our goal is for two hundred women to enter the trades. Not only that, but we also want to encourage women who are already in the trades to be part of this community and to encourage, mentor and network with women coming into the trades."

Camosun and VIU say there is a big demand for women in all areas of the trades workforce.

“I think women bring a lot to trades”, says Kim Tooby, a program coordinator at Vancouver Island University. “From the students we’ve had so far in our program, they’ve been above average in terms of how they perform, not only at school but once have they moved into their apprenticeships.”

The trades offer women a secure and well-paying job to support themselves and their families, according to WITT. Wages often start at $25 per hour and can go up from there with experience and training.

Not all trades are hard labour either, adds WITT; many of them involve a lot of problem-solving and technical skills, something that is required to become a successful tradesperson these days.