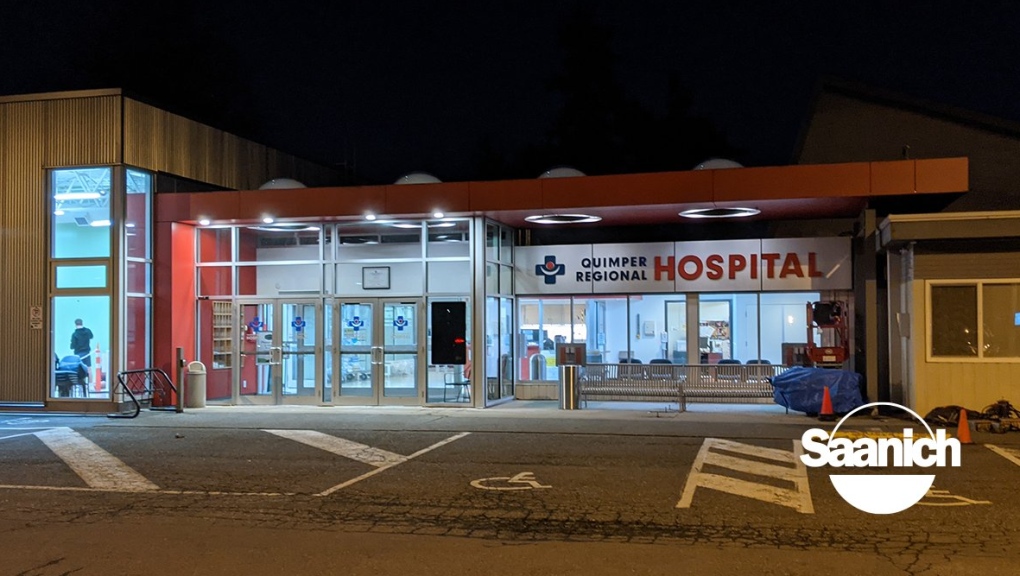 The Gordon Head Recreation Centre in Saanich is seen converted into the "Quimper Regional Hospital" for filming of a Netflix TV series: (District of Saanich / Twitter)

Community members may notice that the rec centre has been decorated to look like a hospital set for film crews, who are working on episode eight of 10 of the limited series.

The District of Saanich says the whole centre will be closed for filming, including the lawn bowling facility, main parking lot and gravel parking lot.

Anyone who had registered for rec centre programs Tuesday has been notified of filming, according to the district, and several programs have been moved to the Bert Richman building and the Annex facility.

The district adds that Netflix is footing the bill for expenses during the one day of filming, and is making a donation to the lawn bowling club for using its space.

"Saanich’s Parks, Recreation and Community Services Department is excited to host the film production which will help offset operating costs during the pandemic," reads an update on the district's website.

"Thank you for your patience and support during this closure."

Maid has been filming across Greater Victoria, recently closing a section of the Pat Bay Highway and a Saanich Park.

The Netflix series, based on the book, Maid: Hard Work, Low Pay, and a Mother’s Will to Survive, follows the life of a single mother who struggles through poverty, homelessness and the system in the United States.

Filming on Vancouver Island first began in September in the Colwood area.

Gordon Head Recreation Center will reopen with its regular hours on Wednesday, Feb. 24.