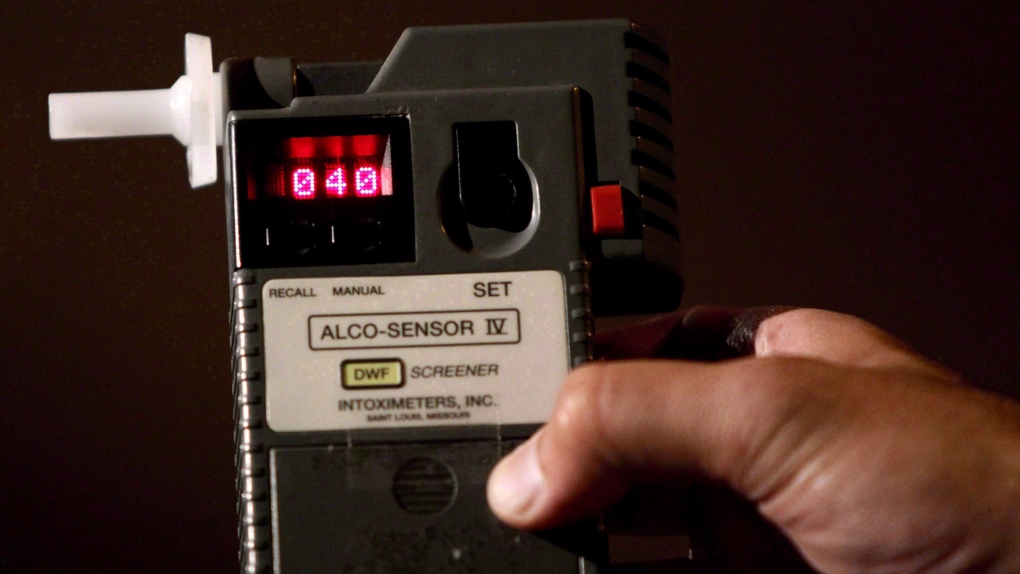 Police say five roadside alcohol tests were administered, including to a 29-year-old woman who allegedly tried to evade a check stop near Cypress Street and Terminal Avenue. (THE CANADIAN PRESS)

VICTORIA -- Mounties in Nanaimo stopped nearly 600 drivers during a weekend of roadside impairment checks, leading to a single 90-day prohibition and a charge of obstruction.

The check stops began at 7 p.m. Saturday, which has been designated National Impaired Driving Enforcement Day.

Police say five roadside alcohol tests were administered, including to a 29-year-old woman who allegedly tried to evade a check stop near Cypress Street and Terminal Avenue.

The Nanaimo RCMP stopped the driver a short distance away and say the woman showed signs of impairment. The woman allegedly failed a breathalyzer test, was issued a 90-day roadside prohibition and her vehicle was ordered impounded for 30 days.

Another woman was arrested for obstruction after refusing to provide a driver’s licence, according to police.

Police say the woman demanded to know the locations of future road checks so she could avoid them.

She was released on a promise to appear. Her first court appearance is scheduled for February in Nanaimo provincial court.

“Overall, the vast majority of drivers were appreciated of our efforts and wished us well,” said RCMP Const. Gary O’Brien in a statement Friday. “Not surprisingly, others took the opportunity to let the officers know how they felt being delayed for a few minutes.”

Drivers should expect to see road checks throughout December on any given night and on any street or highway, the Nanaimo RCMP said.