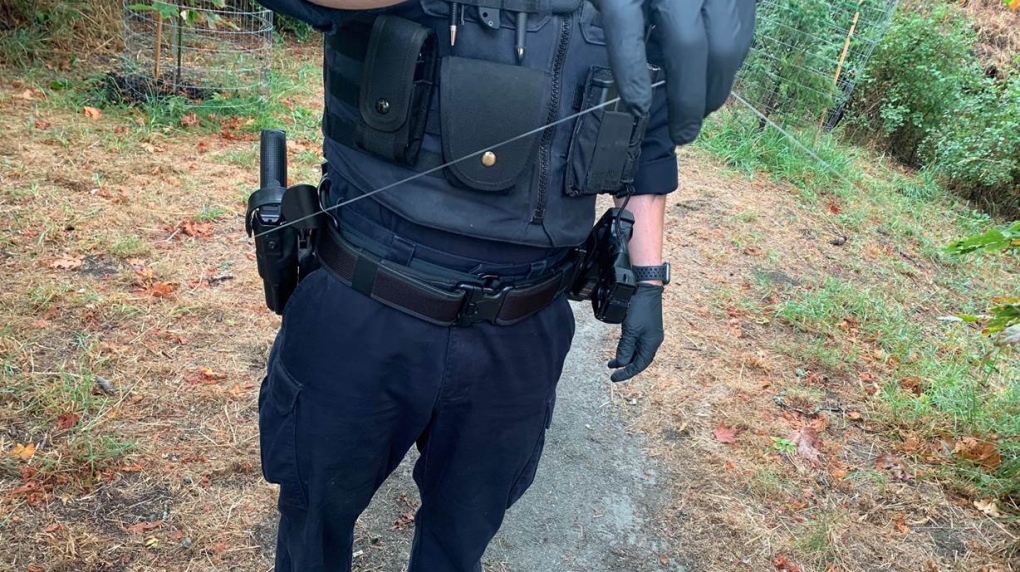 A "trip wire" set up at an entrance to the Galloping Goose Trail in Cecelia Ravine Park is shown: (VicPD)

VICTORIA -- The Victoria Police Department is issuing a new warning after another “trip wire” was found in the city, this time in the Vic West area.

Police say that a semi-transparent fishing line was found on a dock ramp near Regatta Landing, just off the Galloping Goose Trail, on Wednesday afternoon.

A group that was walking through the area spotted the fishing line, which was secured to handrails on either side of the dock ramp, about two inches off the ground.

Police say no one was injured and that the group that spotted the wire was able to dismantle the setup.

Thursday’s trip wire warning comes less than one week after VicPD warned of multiple tripwires set up in the Burnside Gorge area.

A similar fishing line trip wire was seen on a staircase at Cecelia Ravine Park on Aug. 20, and another was found near an entrance to the Galloping Goose Trail at the park.