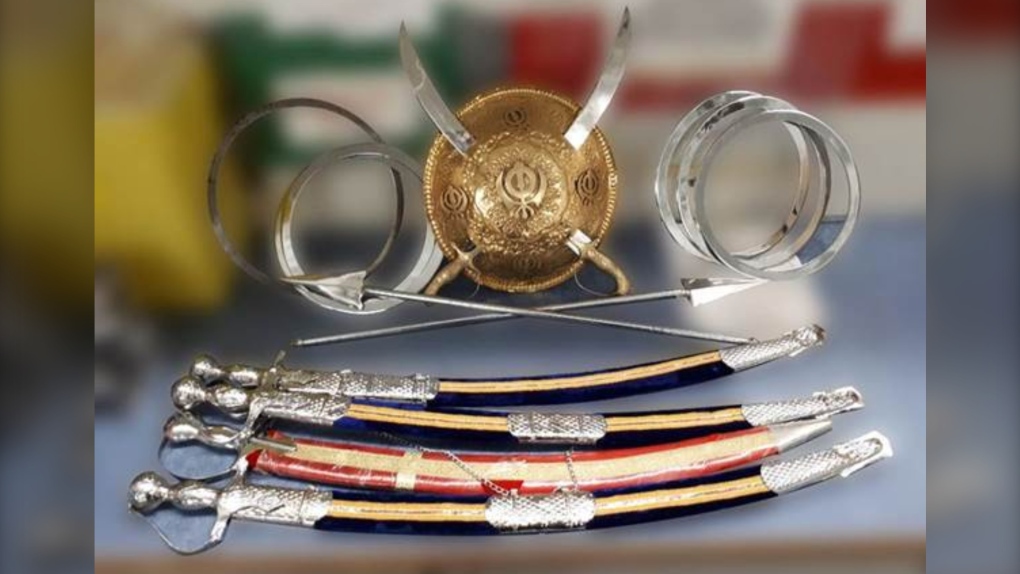 Some of the religious items stolen from the temple, and later recovered by police, are shown: (VicPD)

VICTORIA -- Victoria police have arrested one man for allegedly breaking into and stealing from a Sikh temple on Topaz Avenue early Thursday morning.

Police say they were called to the 1200-block of Topaz Avenue at approximately 7:30 a.m. for reports of a break-in at the temple.

Officers determined that a man had broken into the temple at roughly 4 a.m. and stole multiple religious items.

Police say they received a description of the man and located him by 8 a.m. Thursday.

The man was arrested in Centennial Square and officers were able to retrieve all of the religious items that were stolen from the temple.