Is Victoria the medical marijuana capital of B.C.? 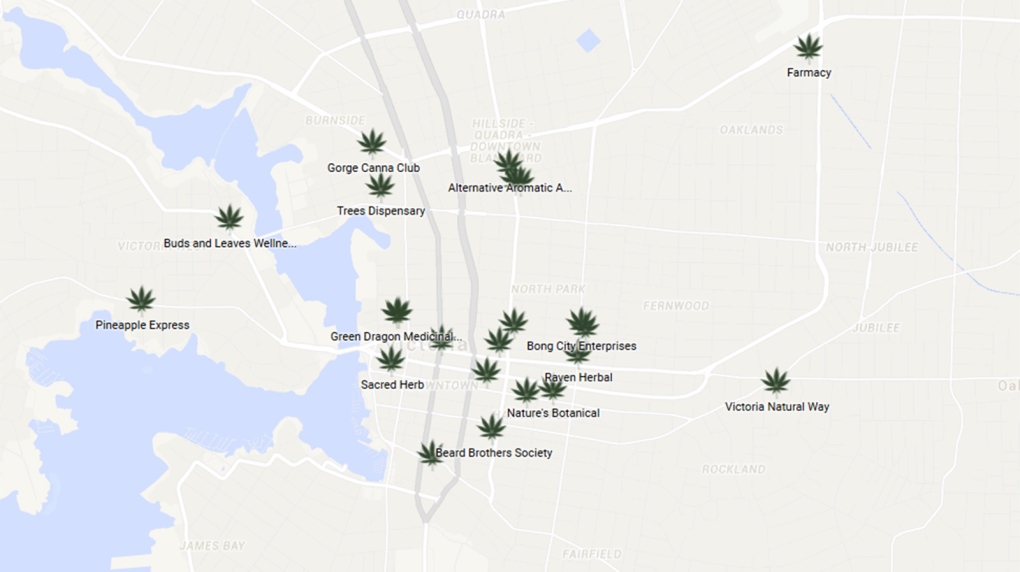 A map of medical pot dispensaries currently known to be operating in Victoria, B.C.

The Capital city lists 23 medical marijuana-related businesses in the city, some with licences and some pending approval.

At one dispensary for every 3,600 Victorians, Victoria has more pot shops per capita than even Vancouver.

By comparison, there are only 24 liquor stores in the same area, all of which are highly regulated.

Due to a lack of government red tape or police intervention, Victoria has become a haven for medical pot retailers.

Victoria Mayor Lisa Helps says the city is moving quickly to impose regulations on dispensaries similar to ones proposed in Vancouver. It will hold a town hall on the matter Feb. 22.