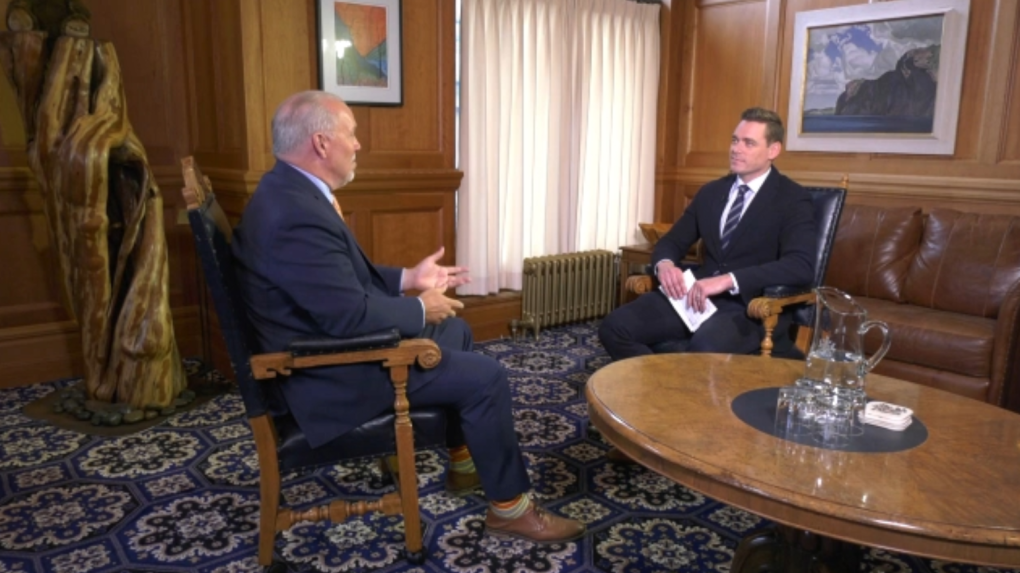 Horgan confirmed that the long-talked-about plan to bring government offices to the West Shore will soon become a reality, with a pilot project set to begin next spring.

"Those that have oftentimes been working at home can come to a secure location where they're on government servers and not have to make the run into town," Horgan said during his sit-down interview with Andrew Johnson.

"That's going to relieve pressure on our transportation infrastructure, and if it's successful, if a lot of government employees take up the offer to work in Langford, then I think we're going to see more buildings built -- purpose-built buildings -- to take the pressure off our commute into town," the premier said.

Langford mayor Stewart Young welcomed the news, saying he's been calling for government buildings to be located in his city for nearly three decades.

"It was in my first speech 28 years ago when I became a politician," Young said. "It makes sense to put the government jobs out here where the people live."

The mayor said housing is cheaper in Langford, which attracts many young families working in the provincial government. Building new office buildings in the city -- or in other communities outside Victoria, such as Duncan -- would also be cheaper than attempting to build them downtown, he added.

"The whole community out here in the West Shore has said, 'I don't want to get in that commute every day,'" said Young. "It's a healthier lifestyle when you get up in the morning and you have a five minute commute to work and five minutes back. You're spending more time with your family and less time putting gasses, greenhouse gasses out there in the environment."