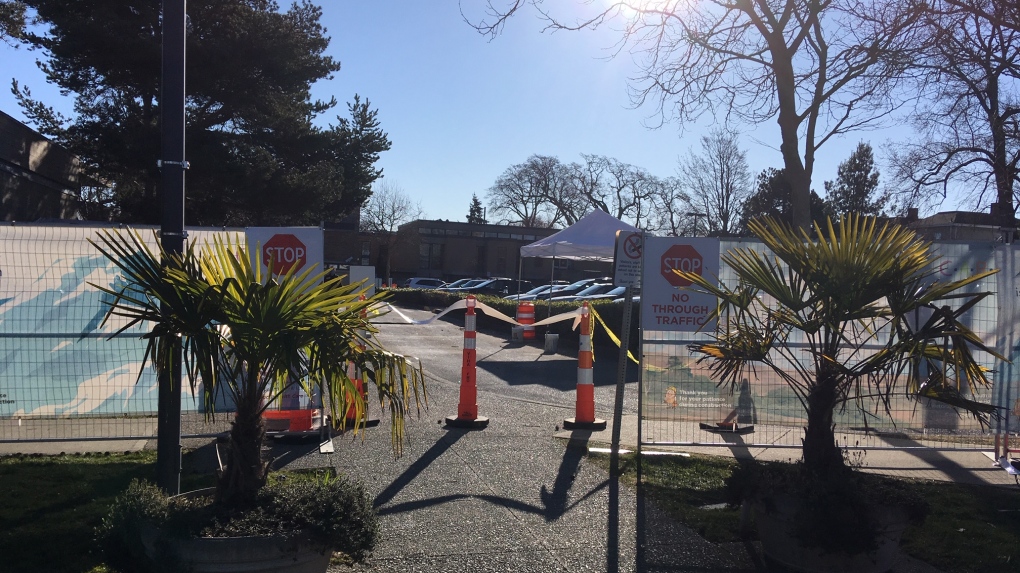 Nurses could be seen handing out testing kits to people inside their cars Monday morning: March 16, 2020 (CTV News)

VICTORIA -- A COVID-19 testing clinic with a drive-thru has been launched along Victoria’s Cook Street.

On Monday morning, vehicles could be seen driving through the testing clinic, where several nurses wearing fully body aprons and masks attended to residents.

The nurses could be seen conducting oral swabs through car windows while some people were directed inside the building. Security teams were also staffing the area.

As of Monday morning, privacy fences were being erected around the test site. 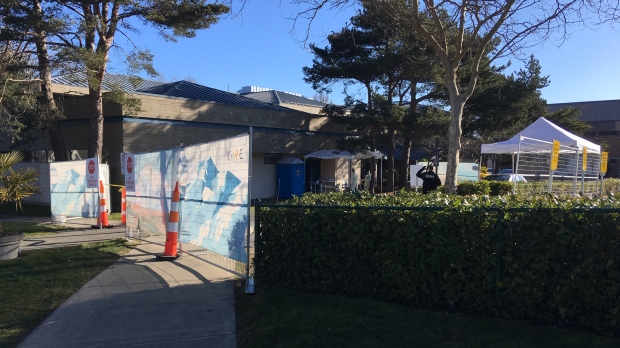 On Friday, the B.C. government announced that Island Health was launching a referral-only COVID-19 screening clinic in Victoria.

Island Health plans to open similar screening clinics in other communities of Vancouver Island, including Nanaimo, Campbell River and the Comox Valley.

On Monday, B.C. health officials announced 30 new cases of COVID-19 in the province, bringing the total to 103.

Of those 30 new cases, seven were found in the Island Health region, bringing the total to eight.