Demolition, removal of Victoria hotel rubble to begin next week 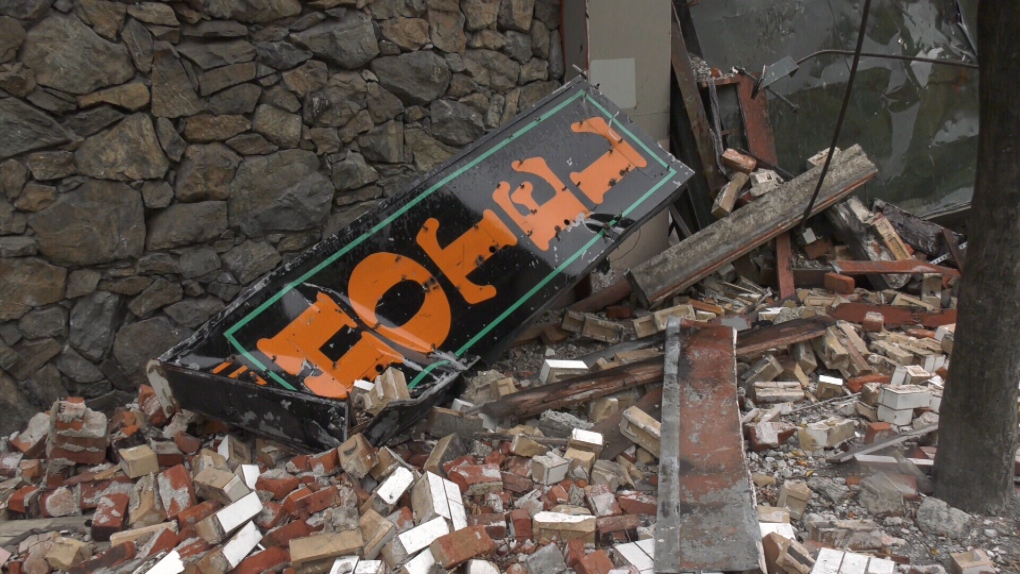 Victoria police have declared the cause of the fire as arson and a criminal investigation is ongoing. (CTV Vancouver Island)

The work is scheduled to begin Monday, Sept. 16 at the site of the former Government Street hotel that burned to the ground in a criminal fire on May 6.

Dust screens will be put in place and an entrance to the work site will be set up off Government Street. The city has appointed a point person to co-ordinate the work with local businesses.

The cost of the cleanup is estimated at $500,000, according to building owner Nick Askew, who says the cost will come out of his own pocket.

Victoria police have declared the cause of the fire as arson and a criminal investigation is ongoing.

Anyone with information about the whereabouts of Draeger or the cause of the fire is asked to contact Victoria police.