VICTORIA -- Terri Orser began her army career in the reserves and then soon transferred to the regular force. In 1991, the Gulf War broke out and she found herself in Saudi Arabia.

“It was the ability to be able to help other people,” said Orser. “That was probably one of the biggest things.”

She later served in two peacekeeping missions and did three years at the Canadian high commission in South Africa.

She was then posted back to Canada but that’s when some of the difficult situations she had experienced began to haunt her.

“I was putting on my boots and I was tying them. All of a sudden I started shaking uncontrollably,” said Orser. “I didn’t know why.”

Soon depression set in and she couldn’t get out of bed.

“I just didn’t know what was wrong with me,” said the veteran. “Eventually I got diagnosed with post-traumatic stress disorder (PTSD).”

That’s when this soldier, who served to help others, needed help herself.

“Asking for help was really hard,” said Orser. “In fact, I resisted for a long time.”

Eventually she did reach out for help and that’s when the Royal Canadian Legion stepped in, offering her a spot in the Veterans Transition Network.

“It’s military people, or even RCMP, transitioning to civilian life because it’s much different,” said Orser.

She soon found herself at Cockrell House in Colwood. It provides homes for homeless veterans who need help getting back on their feet. 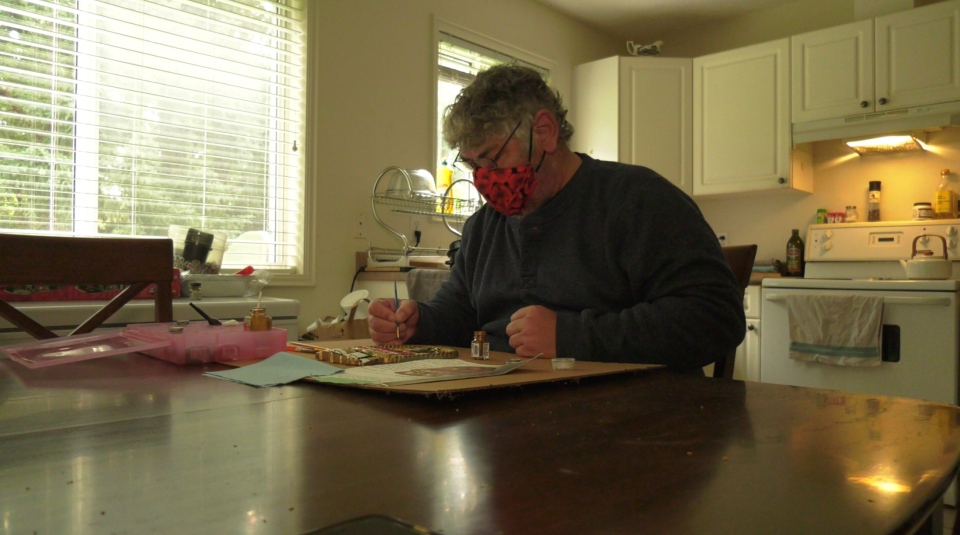 “This place has offered me a chance to move forward, to expand myself and get a proper education,” said Don, a navy veteran who didn’t want his last name used in this article.

Don got his taste for military life in 1971 when he joined the cadets as a child.

“I progressed from there and I went to the reserves and then I transferred to the regular force,” said Don. “My first ship was the [HMCS] Restiguouche.”

In 1991, he too found himself involved in the Gulf War, where he was tasked with the stressful job of boarding refugee ships off the coast of Kuwait.

“The one refugee ship that we boarded affected me I think the greatest of anything that has affected me in my life,” he said.

Don says he boarded the vessel carrying nearly 1,600 refugees fleeing the war zone. That’s when he says a three-year-old girl jumped into his arms.

“When she jumped into my arms, we established eye contact,” said Don. “She hugged me and I was disarmed.”

Don’s twin daughters were the same age as the girl on the refugee boat.

Shortly after that, Don was medically released from the Canadian Armed Forces. It wasn’t until 2011 that he was officially diagnosed with PTSD.

Facing homelessness, Don was offered a room at Cockrell House.

Through the support of the Legion, Don found a roof over his head, earned his high school diploma and has just graduated from a mental health and addictions program at Camosun College.

“Eventually I’ll transition my way out of here into my own place,” said the recent graduate. “I don’t think I could be where I am now without having Cockrell House and having the Legion.”