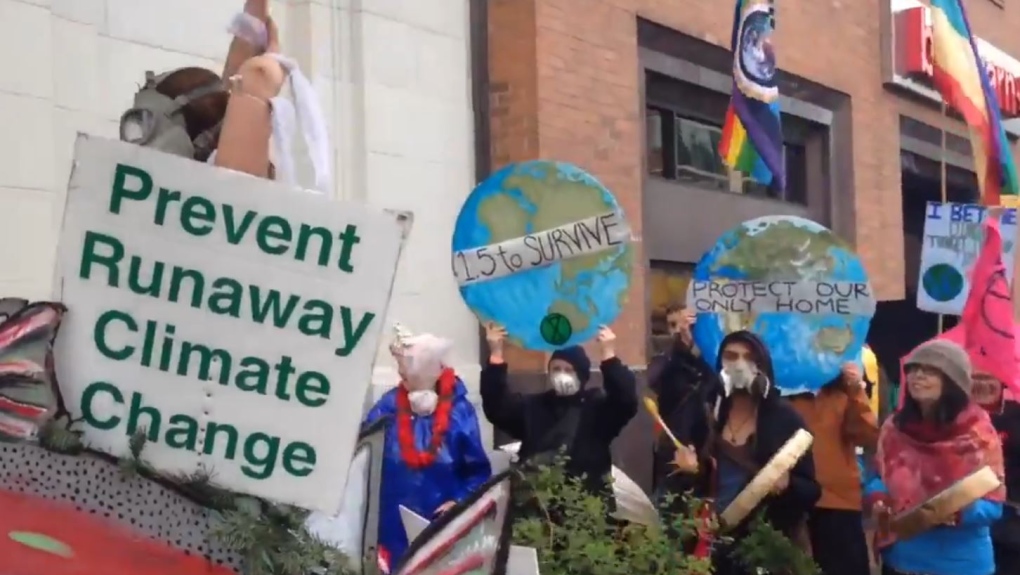 VICTORIA – Climate activists are expected to stage a rally outside a Victoria newspaper office Wednesday, which could temporarily disrupt rush-hour traffic in the area.

Extinction Rebellion Vancouver Island says its members will erect a simulated gallows and perform a die-in outside the office of the Times-Colonist newspaper at 2621 Douglas St.

The event is intended to bring attention to climate change and is scheduled to begin at 3:30 p.m. and last until 5:30 p.m.

"We will not stay quiet about global heating, wildlife extinction and pollution and the urgent attention and prominence this global emergency demands in spite of ongoing media denial, distortion, and delay," the group says in a Facebook post announcing the rally.

The same group held a similar action outside the offices of CTV News Vancouver Island in September, and is also responsible for occupying a provincial health building and temporarily closing Victoria's Johnson Street bridge last month.

Dave Obee, editor-in-chief and publisher of the Times Colonist, said in a statement Wednesday that the paper has been "covering climate change fairly and accurately."

"We have published more items on climate change this year than any other newspaper in Canada," Obee said.

"During the election campaign we asked all party leaders to submits opeds on climate change, and all complied. While it clearly offended Extinction Rebellion, we did the right thing in running those opeds."