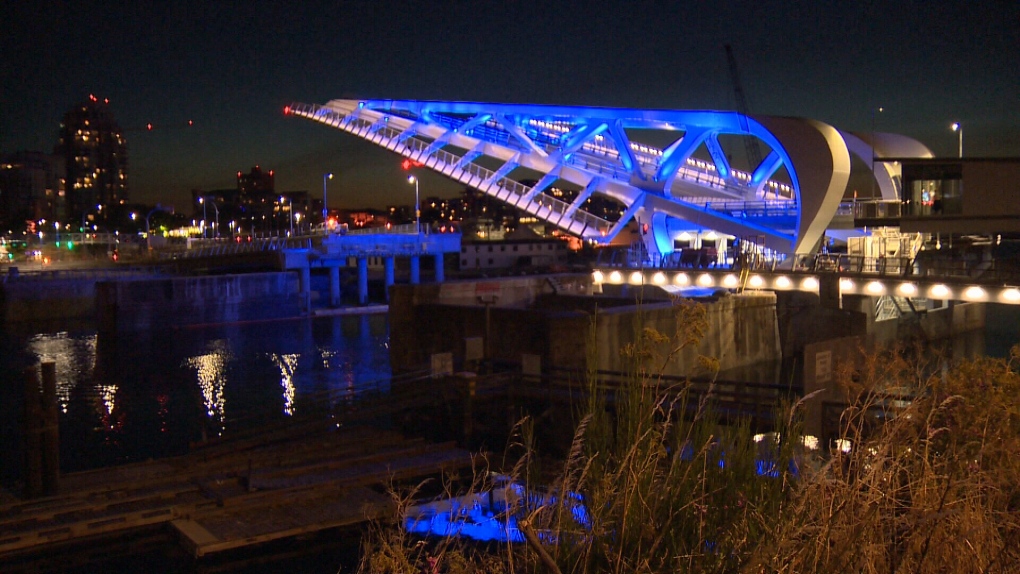 The Victoria group says that cyclists, pedestrians and emergency vehicles will still be allowed to cross the bridge. (CTV Vancouver Island)

Victoria police say they are prepared for a protest that intends to shut down the Johnson Street Bridge on Monday.

The protest is part of Extinction Rebellion Canada's BridgeOut climate campaign that will see demonstrators gather Monday on bridges in multiple Canadian cities.

Organizers say the action will close the Johnson Street Bridge to traffic from 3:30 p.m. to 7 p.m.

"The #BridgeOut campaign points out that the bridge to the future is being demolished by big oil, and oily politicians," says a Facebook page organizing the event.

"This escalation of tactics is the minimum of what’s necessary to give young people a fighting chance at a decent future. We regret that ordinary people will be frustrated by the commute disruption, but the collapse of human society would be a much bigger inconvenience."

The Victoria group says that cyclists, pedestrians and emergency vehicles will still be allowed to cross the bridge.

"We are aware of the planned event on Monday and, as always with public demonstrations and protests, our focus will be on ensuring public safety at the event," said Victoria police spokesperson Bowen Osoko.