BC Transit to install new driver-safety doors on buses 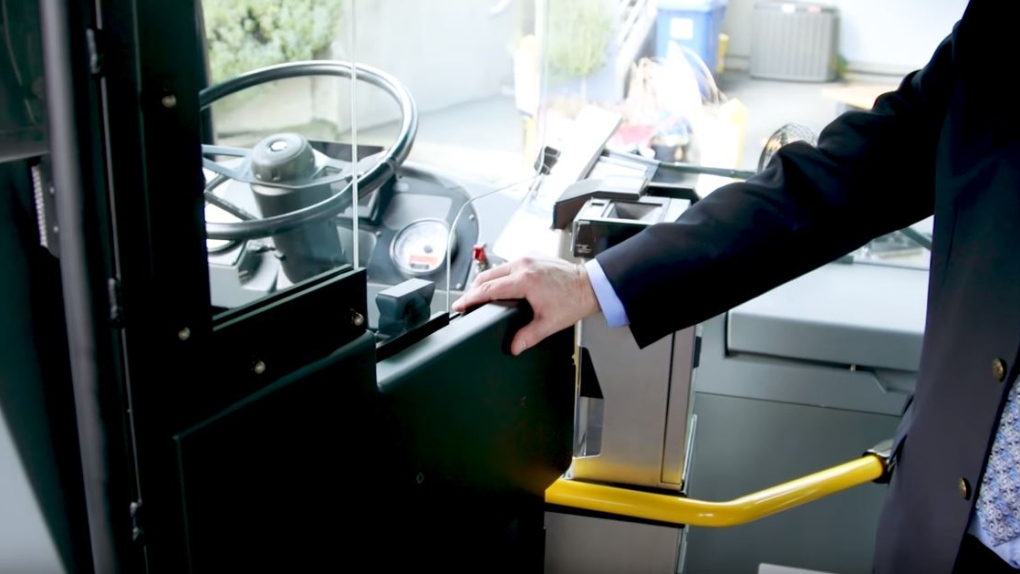 An example of a driver-safety door is shown. (BC Transit)

BC Transit says it will install new driver-safety doors on the majority of its bus fleet.

The floor-to-ceiling safety doors feature a large transparent piece of laminated tempered glass and a metal base to help protect drivers from potentially physical incidents.

The safety doors will be installed on all of BC Transit's double-decker, heavy- and medium-duty buses across the province.

The doors will be included onboard all new buses and will be installed on the vehicles by the time they are entered into service, beginning in late 2019.

In early 2020, the Crown corporation will begin retrofitting 650 in-service buses across the province with the new safety doors. However, if buses are scheduled to be replaced within the next two years, they will not undergo a retrofit.

Besides the installation of the new safety doors, BC Transit says it is working to improve driver safety by expanding the use of onboard surveillance cameras, improved communication technology for drivers, driver training, and partnerships with first responders.

On Aug. 26, a Vancouver Island man was arrested for allegedly assaulting and robbing a BC Transit driver in Central Saanich.