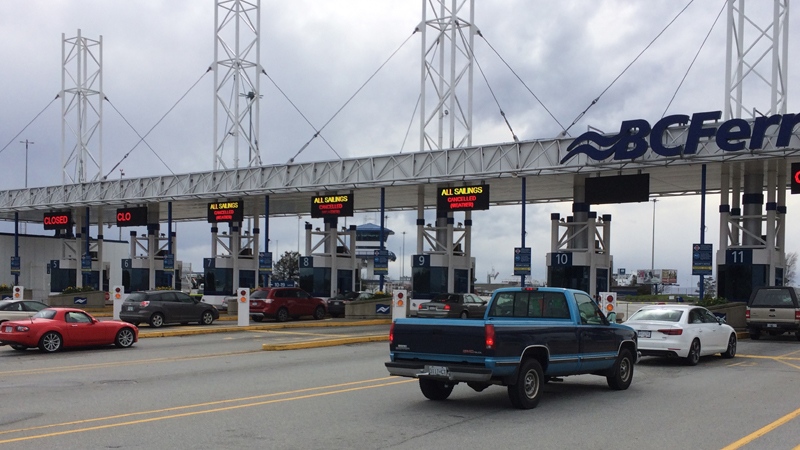 VICTORIA -- BC Ferries has announced two new fare options for travellers between Vancouver Island and the Lower Mainland.

The ferry service says its new “Prepaid” and “Saver” fares will reduce sailing waits along its most popular routes during the busiest times.

“Our routes between Metro Vancouver and Vancouver Island account for about 60 per cent of overall ferry traffic, so we are introducing our new fare choices on these routes first,” said ferries president Mark Collins in a statement Wednesday.

“When the province lifts essential travel orders, these fare options will provide our customers more value, flexibility and certainty,” he added. “They will also help spread traffic across the day, reducing sailing waits at popular times.”

Both new fares will be available for advanced purchase only on the Tsawwassen–Swartz Bay, Tsawwassen–Duke Point and Horseshoe Bay–Departure Bay routes.

BC Ferries says the “Saver” fare will be its cheapest option and will range from $49 to $73.70, including a free reservation. The fare will be available on select sailings year-round and will vary in price with the least busy routes being the most affordable.

BC Ferries says the fare will cost $73.70 on all applicable routes when it launches, before dropping to a fluctuating price later this spring.

The “Prepaid” fare will allow travellers to pay for their full reservation when booking in advance. Customers who book more than seven days in advance will save $7 on the reservation fee.