VICTORIA -- Mounties and the BC Coroners Service are investigating after three people were found dead and another critically injured in a targeted killing at a Vancouver Island gravel pit Sunday.

Investigators believe potential suspects may still be at large.

The grisly discovery was made around 2 p.m. in a remote area near Whiskey Creek, approximately 50 kilometres west of Nanaimo.

Police say someone riding his dirt bike came across a man lying facedown on Melrose Forest Service Road and immediately called for police and paramedics.

Two ground ambulances and one air ambulance were dispatched at 2:20 p.m. for "what was initially reported as a vehicle incident," according to a B.C. Emergency Health Services (BCEHS) spokesperson.

The man was pronounced dead at the scene.

On further investigation of the area, police found several vehicles, including two burned-out travel trailers, one of them with two more dead adults inside.

Another man, who had sustained a gunshot to the shoulder, was found clinging to life in a third trailer that was still intact, Oceanside RCMP said Monday. 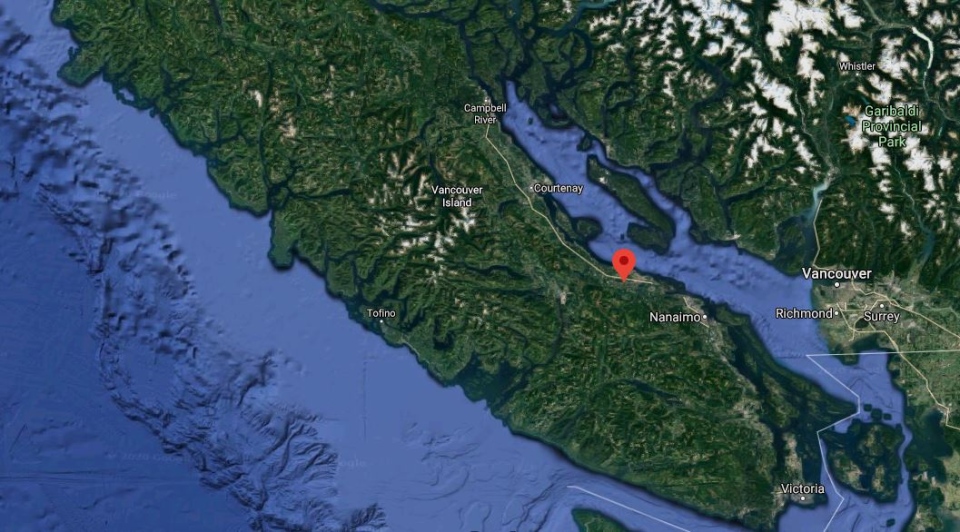 The injured man was airlifted to the Qualicum Beach airport and then flown in critical condition to hospital. He is now in stable condition after undergoing surgery, according to police.

"We’ve had a chance to talk to him very briefly but obviously haven’t had a chance to get into what he witnessed at that time," said Oceanside RCMP Cpl. Jesse Foreman at a news conference Monday.

"We have attended that area on several occasions for curfew compliance checks and we know the people that were in the trailer," Foreman said. "We are not certain at this point whether those people were the two that were found in the trailer deceased."

Foreman said the RCMP check on the two people who live in the trailer on a near-nightly basis, but said it is not known when the last compliance check was done.

"We do believe that there are other people related to this event that are still at large," he added. "The initial investigation is revealing that everyone was known to one another and therefore we don’t think the general public is at risk."

Despite the belief that others may be involved, police said they do not know the identities of possible suspects.

The Vancouver Island Integrated Major Crimes Unit has now taken over the investigation.

"There are many questions that remain unanswered," said Foreman. "Initial findings lead investigators to believe that this is an isolated incident between parties well-known to one another." 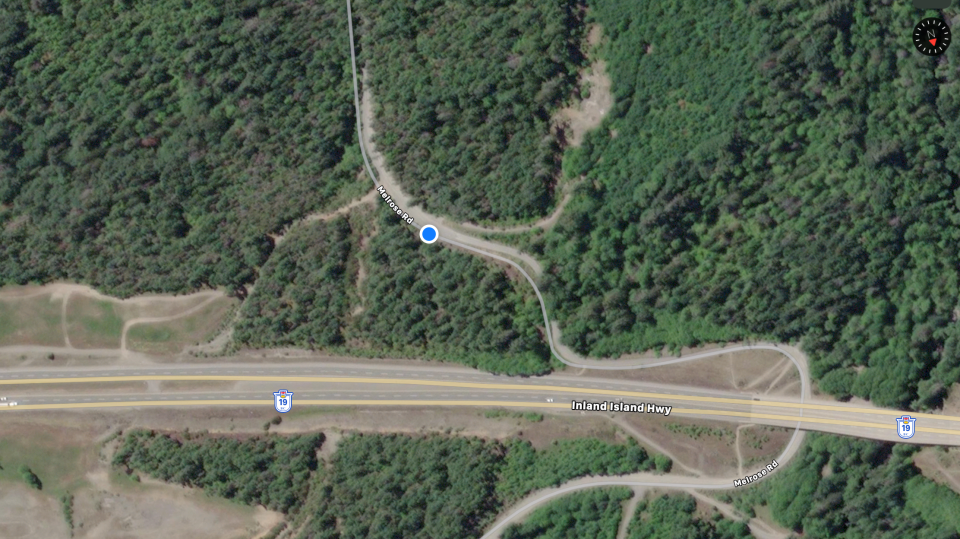 Resident Tom Verbrugge called the discovery "concerning" and said people often come to the area in the winter to buy Christmas trees.

Four police vehicles and local fire trucks were blocking the entranceway to the gravel pit on Melrose Road on Sunday night. Forensic identification units and other police were also on scene photographing the area.

"It was a grisly scene that they won’t soon forget," Foreman said of the investigators at the gravel pit, located approximately 200 metres from the Inland Island Highway.

Police are not releasing the identities of the victims at this time.

B.C.'s anti-gang task force, the Combined Forces Special Enforcement Unit, is not involved in the investigation. Foreman said no connections to organized crime have been made at this time.

Investigators are asking anyone with information about the incident, or dash camera or trail camera video from area, to call the police tip line at 250-380-6211.