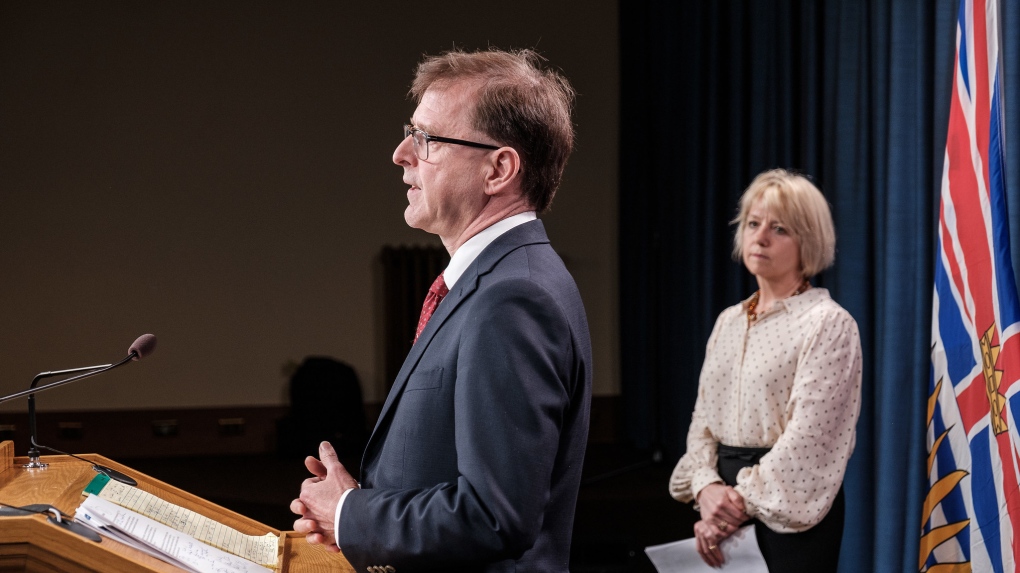 Meanwhile, no new deaths related to the virus were seen in the province over the past 24 hours, leaving the province’s death toll to stand at 168.

Health officials say that 2,416 people in B.C. who had tested positive for the virus have now recovered.

There remain 172 active cases of COVID-19 in the province, including 11 people in hospital for treatment, five of whom required critical care.

Meanwhile, one new outbreak has appeared in the province’s health-care system.

The outbreak occurred at the Maple Hill long-term care facility at the Langley Memorial Hospital.

As B.C. continues to roll out its restart plan, Henry stressed that British Columbians should remain vigilant – even if many communities have been largely successful in curbing the spread of the virus.

“Our goal in B.C. is to keep cases low and to slow the growth,” she said.

The health officer said that restrictions on large gatherings will not be lifted any time soon. However, the province is looking at safe ways to reopen some industries, like spas, resorts and sports.

“We’re slowly turning up the dimmer switch as we learn to adapt to each [reopening] phase that we’re going through,” said Henry.

She stressed that personal methods of protection, like physical distancing, regular hand washing and staying home if feeling unwell, are the best ways to protect against the virus.

“We will see some transmission in our communities but if we keep doing what we’re doing we can return to some of our activities,” she said.

Meanwhile, B.C.’s health minister said the health-care system is beginning to return to service levels it had seen prior to the COVID-19 pandemic.

Dix said that people across the province are returning to the health-care system in “significant numbers” for issues that may not be coronavirus-related.

Dix encouraged people to attend emergency rooms or make arrangements with health-care providers if they feel like they need medical assistance.

The health minister added that B.C. is continuing to replenish its personnel protective equipment (PPE) for the health-care system amid the pandemic for both “current and anticipated needs.”

Between the end of March and June 8, B.C. had secured 5.5 million N95 or equivalent respirators, over nine million surgical masks, more than two million pieces of eye protection and more than 40 million gloves for health-care staff.

Dix says that the province is continuing to secure and store PPE should another health emergency appear, or if global supply chains “freeze up” again.

“We know PPE is the first line of defence for health-care workers and their patients,” he said.

“We need to stock up. We need to look for opportunities for made-in-B.C. PPE,” he added.

Dix said B.C. is creating a new PPE testing laboratory to make sure that equipment meets or exceeds health-care standards.