'You're too late': Firefighter testifies to finding Andrew Berry at scene of Oak Bay double-murder 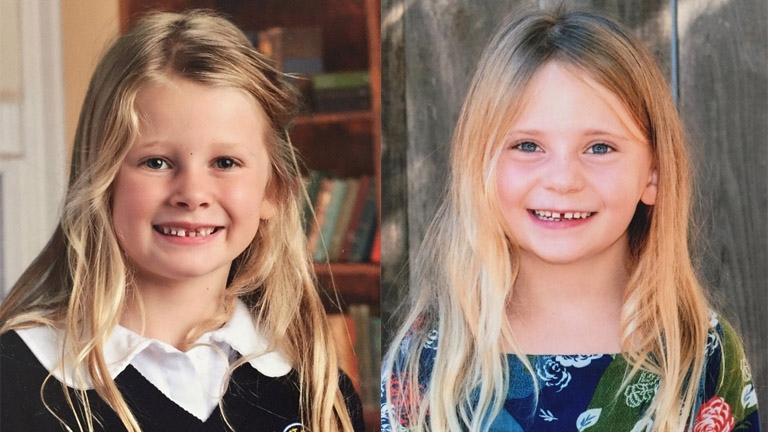 The first firefighter to arrive at the scene of an Oak Bay double-murder took the witness stand Tuesday to testify to what he saw.

Andrew Berry is accused of killing his daughters, six-year-old Chloe and four-year-old Aubrey, whose bodies were found in Berry's Beach Drive apartment on Christmas Day 2017.

Berry faces two second-degree murder charges. He has pleaded not guilty to both.

Veteran Oak Bay firefighter Bradley Trenholm told the court he was the acting lieutenant on Dec. 25, 2017, when a call came in at 6 p.m. to provide medical assistance for traumatic lacerations at 1400 Beach Drive.

Trenholm testified that his responding unit was told not to use lights and sirens in its response, though he initially did not know why.

He said he received a call en route from the dispatcher, who told him that sirens and lights were not to be used because he was responding to a man with possibly self-inflicted wounds and the mother of the children in the man's care was at the police station adjacent to the Oak Bay fire hall, unaware of the severity of the call.

Trenholm said he remembered seeing two police cars in front of the apartment building when he and fellow rescuers arrived.

He said he also encountered Oak Bay Sgt. Michael Martin outside the unit, who told him there were two dead children inside.

Martin also told him not to enter the bedrooms to the right of the hallway. He told him to go straight to the bathroom to treat the patient by the light of a flashlight, as the power had been cut off to the unit.

Trenholm said he was advised the unit was an active crime scene and he should not touch anything he didn't have to.

Trenholm testified that he told the other firefighters not to enter the suite as some of them had small children of their own. He entered the unit alone, seeing blood on the walls and said the apartment was in a chaotic state.

He said Oak Bay Const. Piotr Ulanowski was in the bathroom with his flashlight and the patient, Andrew Berry. There were clothes and debris on the bathroom floor and the scene was very quiet.

Trenholm testified he found a man in the tub with his head on his chest at the head of the tub and his legs bent with his feet near the taps. The bathwater was up to his nipples, he said.

Trenholm told the court the patient had a swollen right eye and puncture wounds on his upper chest. The wounds weren't bleeding and much of the blood had been "washed" away, he said.

Trenholm said he overheard police saying they had not found the knife yet. Trenholm was concerned the knife might be in the tub.

Trenholm told another firefighter to call the fire hall to activate a critical incident team to provide counselling to those who may need it.

He and another firefighter began their attempt to move Berry to a common area of the apartment, he said. Berry again told him, "kill me, just kill me."

With the help of one of the arriving paramedics, the two firefighters were able to move Berry out of the tub, with Berry's assistance.

Trenholm testified that Berry spoke in a normal voice, though his tone changed at some point. During the move, Trenholm said he and the other firefighter noticed Berry had a wound on his throat and that may have been why his tone was different.

The firefighters and the male paramedic got Berry onto a gurney outside the apartment suite. From that point on Berry was in the care of BC Ambulance attendants, he said.

Trenholm testified he told the other firefighters to pack their gear. Another female paramedic then checked on Chloe and Aubrey. She was very emotional when she exited the suite, Trenholm said.

He testified he has no other recollections from the night of the "most exceptional call" he has gone to. He and the other firefighters met with the critical incident response team after arriving back at the fire hall.

The trial will continue with cross-examination of Trenholm at 10 a.m. on Wednesday.