Wildfire burning 'out of control' at Vancouver Island ecological reserve 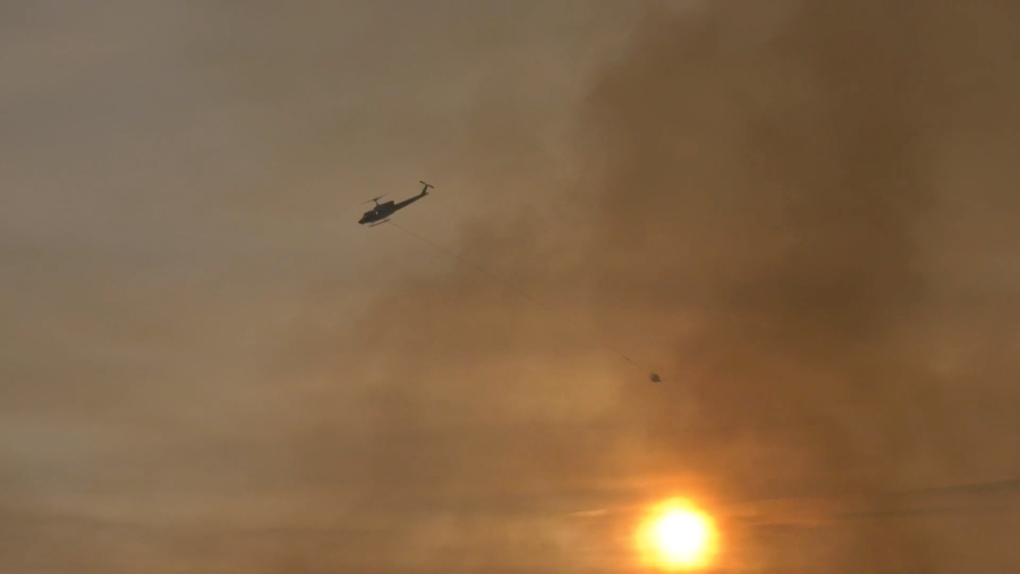 A firefighting helicopter is shown in this file photo: (CTV News)

VICTORIA -- Firefighters are battling a wildfire that has erupted in an ecological reserve south of Nanaimo on Tuesday.

The fire was discovered Tuesday afternoon in the Woodley Range Ecological Reserve.

As of approximately 5:45 p.m., the fire was roughly 0.15 hectares large and considered “out of control,” according to Coastal Fire Centre information officer Donna MacPherson.

MacPherson says that seven BC Wildfire Service firefighters and three helicopters are at the scene, as well as local fire departments.

At this point, there is no estimate as to when the fire may come under control. Firefighters are expected to be “working until dusk” at which point they will reassess the situation, said MacPherson.

The BC Wildfire Service suspects that the fire was human-caused.

No structures are threatened because of the fire, said MacPherson.