Where and how to watch the Perseid meteor shower in Victoria 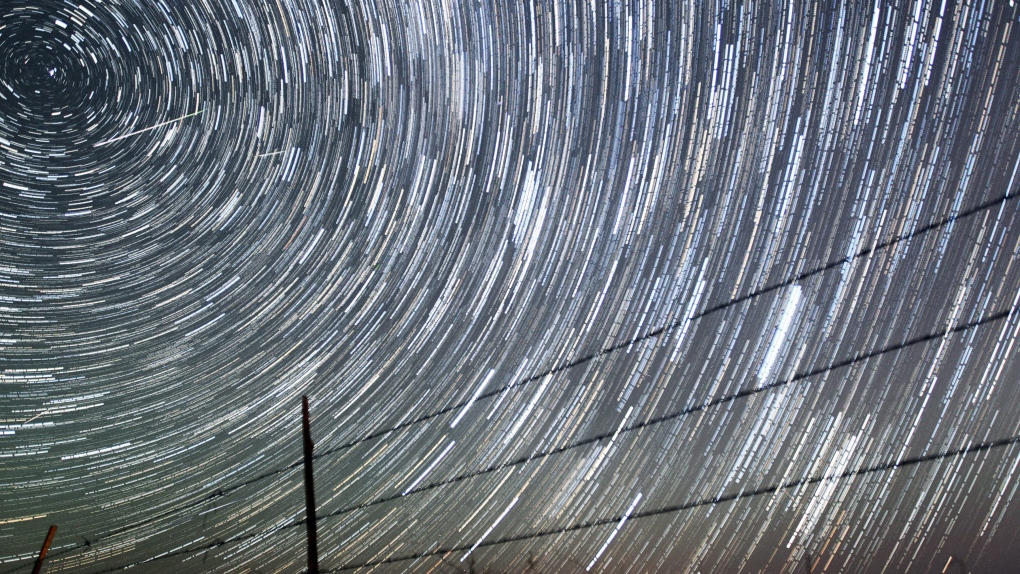 The sky will be bursting with light as the Perseid meteor shower hits its peak late Thursday night into early Friday morning.

Scientists say this year’s show will be more dazzling than ever, with double the number of meteors than normally seen in the annual astronomical event.

It happens as the earth passes through the debris field left by the Swift-Tuttle comet.

Bits of the comet, some no bigger than a grain of sand, break off and hit the earth’s atmosphere at speeds of up to 50 kilometres per seconds. The resulting friction creates a sparkling stream of light as the debris burns up.

But how can residents of Greater Victoria make sure they get the best show possible? Sherry Buttnor, president of the Victoria chapter of the Royal Astronomical Society, has these tips.

Prepare yourself with a light detox

It’s a no brainer that you’ll want to set up your meteor watching area away from any light sources, natural or artificial.

But you may not know that includes your smartphone screen.

“The blue light from a screen tends to really kill your night vision,” says Buttnor. “It takes younger people maybe half an hour to get adapted again after exposure.”

Adults can even take up to an hour to re-adapt, so she recommends putting away the phones before prime viewing hours, approximately 11 p.m. to 4 a.m.

And as Buttnor says, “meteor showers are just so lovely, why would you want your face buried in your phone?”

Buttnor says not everyone knows that Cattle Point in Oak Bay is a designated “Dark Sky Preserve” to watch astronomical events such as the Perseids.

“Those are places within urban areas where local councils have taken on the challenge of keeping it dark, minimizing light pollution in that area,” she says.

“If lighting is needed, they use the correct fixtures so light isn’t wasted or spilled out to the site.”

The meteor shower is deemed an “all-sky event,” meaning you should be able to see the streaming debris anywhere you look .

But if you’re looking for the epicentre of activity, keep the name Perseids in mind.

“They’re called the Perseids because they seems to radiate or start from the constellation of Perseus, high in the northeastern sky,” says Buttnor. “But really the best thing is to get a blanket or a lounge chair, go somewhere comfortable and look up.”

Except…look away from the moon

If there’s one threat to a perfect meteor-watching night, it’s the other big rock in the sky.

“The one thing that’s going to kind of hamper us this year is the moon,” says Buttnor. “It tends to wash out some of the smaller ones.”

But she says “it’s still worth going out and gazing up.”

Get out of town

While some places like Oak Bay have gone to great lengths to limit light in certain parks, the best thing to do is steer clear of the city completely.

“Anywhere where you can get out from city lights and have a good field of view, not hampered by trees and things,” says Buttnor.

Esquimalt Lagoon would be a good spot, or anywhere around rural areas like Mount Tolmie, North Saanich, Sooke or Metchosin.

Snap any great shots of this year's meteor shower? Share them with us on Facebook or email islandnews@ctv.ca!