'We'll round it up': Victoria pub raises nearly $5,000 for cancer research 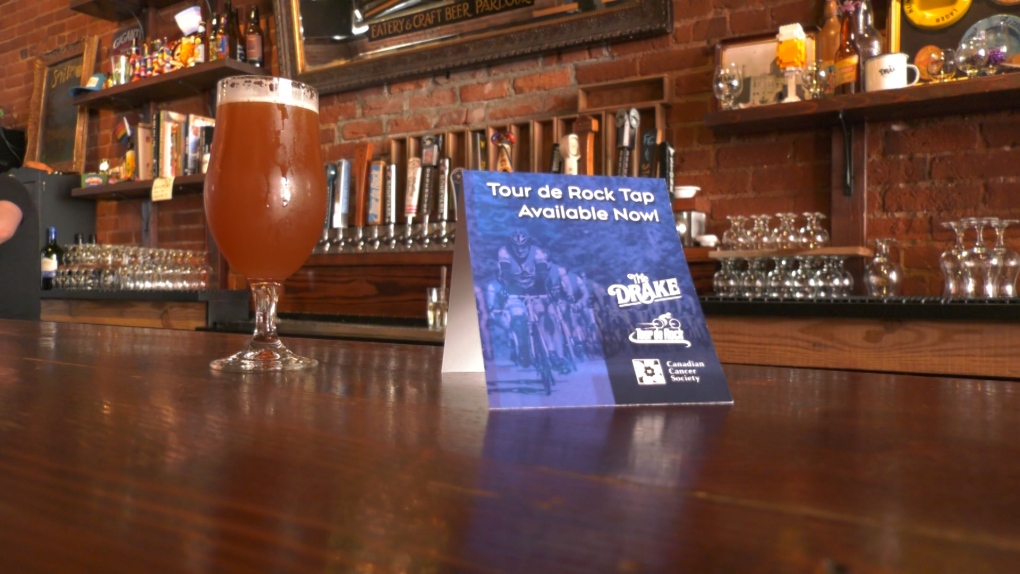 Throughout the month of August, patrons at The Drake Eatery on Lower Pandora Avenue in Victoria drank craft beer not only for their own enjoyment, but for a good cause.

Throughout the month of August, patrons at The Drake Eatery on Lower Pandora Avenue in Victoria drank craft beer not only for their own enjoyment, but for a good cause.

For the whole month, all proceeds from sales of tap number 10 at the restaurant were donated to support pediatric cancer research.

The Drake teamed up with CTV News Vancouver Island's Scott Cunningham for his participation in the Canadian Cancer Society's Cops for Cancer Tour De Rock, setting a goal of raising $5,000.

On Saturday, the last day of the month, the bar came up just $15 short of its goal.

"We'll round it up," said Mike Spence, who co-owns the restaurant with his wife.

Despite not quite reaching the goal, Spence said he was impressed by the response from the community.

Spence said some customers came in specifically to contribute to the cause, while others -- including tourists -- had no idea the fundraiser was happening, but made donations as soon as they found out.

"It was kind of like people were coming in, making their contribution to the cause, and then getting a free beer for doing so," he said. "It was kind of a win-win in that way."

The 1,100 kilometre Tour De Rock takes riders from the northern end of Vancouver Island to Victoria, raising millions each year to support pediatric cancer research and Camp Good Times, a specialized camp for children living with cancer and their families.