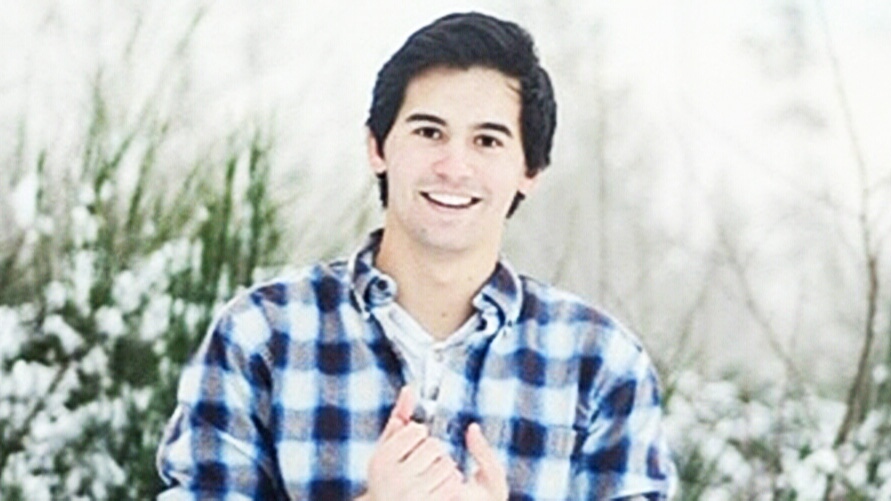 Courtenay man Micha Messent, 23, died in a plane crash in 2019 while en route to a a United Nations Environmental Assembly conference.

VICTORIA -- Community donations have allowed Vancouver Island University to expand its endowment awards named after a university graduate who died in a plane crash in Ethiopia two years ago.

VIU alum Micah Messent, 23, was onboard an Ethiopian Airlines flight on March 10, 2019 to participate in a United Nations Environmental Assembly conference. The plane crashed while en route to Nairobi, Kenya, killing all onboard.

After the crash occurred, family members and friends created an endowment fund at VIU in memory of Messent, who had a Bachelor's degree in Indigenous Studies from the university.

"The ability of this fund to support future students on their paths to success gives our family a level of comfort to know that Micah will continue to inspire others and make a difference for generations to come," said Suzanne Camp, Messent's mother, in a statement Monday.

"In life, Micah had looked to the future and talked about the time when he would be able to support other students in reaching their educational goals," she said. "The yearly awards will honour his memory and intentions even as we continue to grieve his death."

Messent, who is of Metis heritage, worked as a B.C. parks ranger and participated in the province's Aboriginal Youth Internship Program. He is remembered for his passion for the environment and Indigenous advocacy and had plans to return to school in the future to study Indigenous Law.

In 2019, the B.C. government also launched an annual award named after Messent. The $20,000 Micah Messent Young Professional Award of Excellence now goes towards any B.C. employee, intern, volunteer or contractor between the ages of 18 to 30 who excels in areas such as environmental stewardship or reconciliation.