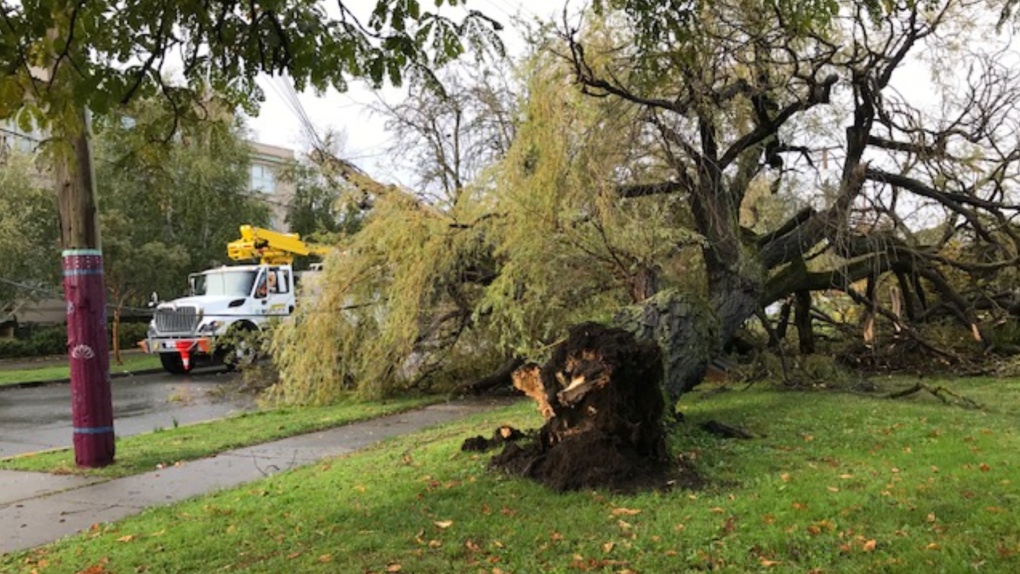 BC Hydro crews are in the Quadra Village neighbourhood after a tree fell onto a power line and hydro pole Tuesday morning: (CTV News)

The fall occurred in the 900-block of Kings Road near the Vancouver Island School of Art.

The impact caused electricity and some utilities at the school to be affected. Residents in the neighbourhood have not been affected so far, according to BC Hydro.

BC Hydro crews are now on scene, and traffic has been closed near the intersection of Kings Road and Lark Street.

No other damage to property occurred from the fallen tree.

Environment Canada has issued severe wind warnings for all of Vancouver Island Tuesday. Wind gusts are expected to reach up to 100 km/h today before easing in the early evening.