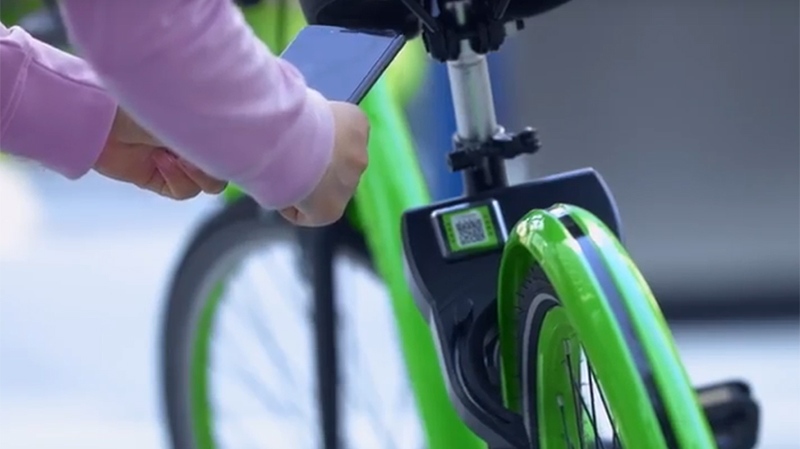 Victoria’s first city-wide bike-share service is set to roll in to the capital city at the end of this month.

U-Bicycle, a bike sharing company based in China, will be breaking into the North American market for the first time in B.C.’s capital, the company announced Friday.

A fleet of 150 lime green, GPS-enabled bikes will be accessible across city streets on Sept. 30.

“We could not be more thrilled to launch in Victoria as our first North American location,” U-bicycle North American CEO Grace Min said in a news release. “This is a big step and milestone for U-bicycle as we get ready to disrupt the bike-sharing market across Canada and the United States”.

The bikes will be accessible through an app available on U-Bicycle’s website. Once a user signs up, they’ll be able to use the app to unlock the bikes and ride at a cost of $1 per 30-minute time block.

Once finished, riders can park anywhere and use the app to end the rental. The company says unlike other bike shares where riders are required to park at a designated docking station, its bikes can be parked anywhere legal and responsible thanks to self-locking technology.

Victoria Mayor Lisa Helps has thrown her support behind the new service.

“We met Grace on our mission to China last fall,” she said in a statement. “We’re thrilled that one year later she’s moved to Victoria and is bringing this new business with her. Victorians have been waiting for this type of bike-share for some time; U-bike is a welcome addition to Victoria’s sustainable mobility options.”

The company will soft launch 20 of the bikes at the National Liveable Cities Forum, a four-day climate change event in Victoria, on Sept. 18.

After the full launch on Sept. 30, the company says it will eventually deploy another 150 bikes for a total of 300 across the city.