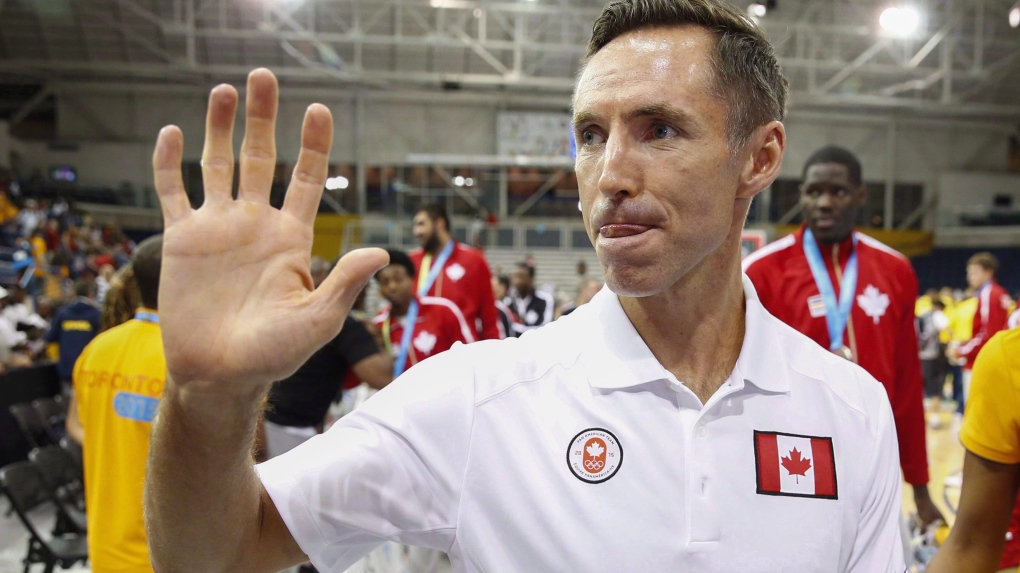 Coach Steve Nash leaves the court after his team lost to Brazil in their gold medal basketball game at the Pan Am Games in Toronto, Saturday July 25, 2015. (Mark Blinch/THE CANADIAN PRESS)

Nash was born in Johannesburg, South Africa and grew up in Victoria, B.C. He would go on to play in high school basketball and college teams until being drafted into the NBA in 1996.

The point guard’s career would span 19 seasons, earning him eight NBA all-star titles and two league MVP awards, among many other accolades.

While Nash is joining the Canadian hall of fame for the class of 2020/21, he has already been recognized south of the border.

Nash was inducted into the Naismith Memorial Basketball Hall of Fame in Springfield, Massachusetts in 2018.

At the time, his Victoria high school coach told the Canadian Press that he was proud of Nash’s acclaimed career.

“Obviously his basketball skills and leadership skills morphed into an incredible career.”

“He's gregarious, he's humble,” Hyde-Lay added. “I just think he's a quality person, over and above the basketball.”

Nash joins 10 other Canadian athletes as new inductees in Canada’s Sports Hall of Fame. A full list of the 11 athletes can be found here.

Canada’s Sports Hall of Fame has now inducted 681 athletes over its 65 years of operation.

With files from the Canadian Press