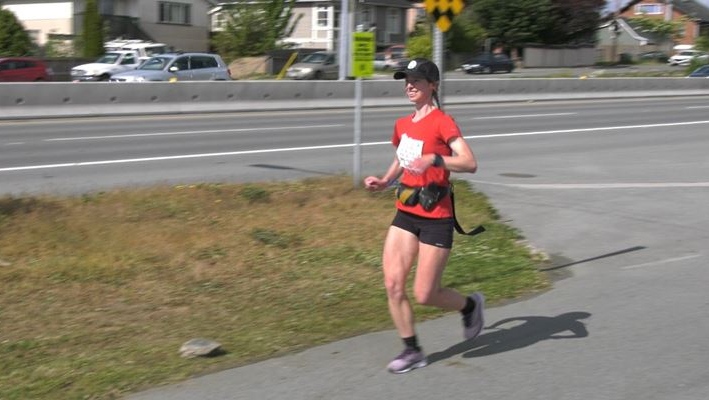 VICTORIA -- Victoria marathon runner Yana Hempler began a quest on May 1 to run 30 marathons in 30 days to raise $500,000 for the Victoria Hospitals Foundation.

Hempler is raising money for the foundation as a way of saying thank you for the care hospitals provided a critically ill friend in 2019. She says her friend was suffering from a rare blood illness and thanks to the care he received he is alive and well today.

“The marathon is a great way to honour the people that helped to save his life,” said Hempler. “It is also a way to say thank you to the people who save many, many lives on a daily basis.”

So far Hempler has completed 18 days of her “30 Marathons in 30 days” fundraiser. With such a worthy cause, she has set the bar high not only in terms of the number of marathons she will run, but the amount of money she hopes to raise.

“It’s substantially more than I have ever done before in my entire life as far as marathons go, so definitely I am pushing myself,” said Hempler. “Now I’m on day 18 and I feel 100 per cent better than I felt in the first four days and with a little bit of help from the community we can get to $500,000 raised.”

This is not the first time Hempler has run a series of marathons to raise money for the foundation.

Hempler says due to the ongoing work by health-care providers during the pandemic, she was inspired to do more for the hospital foundation.

“All the sacrifices that our health-care workers have made over the last year and a bit, like spending time away from home, working extremely long hours and I want them to know what they are doing is not going unnoticed by people in the community,” said Hempler. “I believe that we can raise the money in honour of our health-care heroes for the contribution they have made.”

Hempler says she is committed to run 42.2 kilometres a day for the next 12 days in order to reach her goal.

“With 12 days to go I think it all depends on how many people see the campaign and I hope that some matching and corporate donors will come forward to make this goal come to fruition,” said Hempler. “I know it is a big goal, but this community has done much more than that in much shorter periods of time so anything can happen and I believe in miracles.”

To donate the “30 Marathons in 30 days for the Victoria Hospitals Foundation” campaign, visit the website.