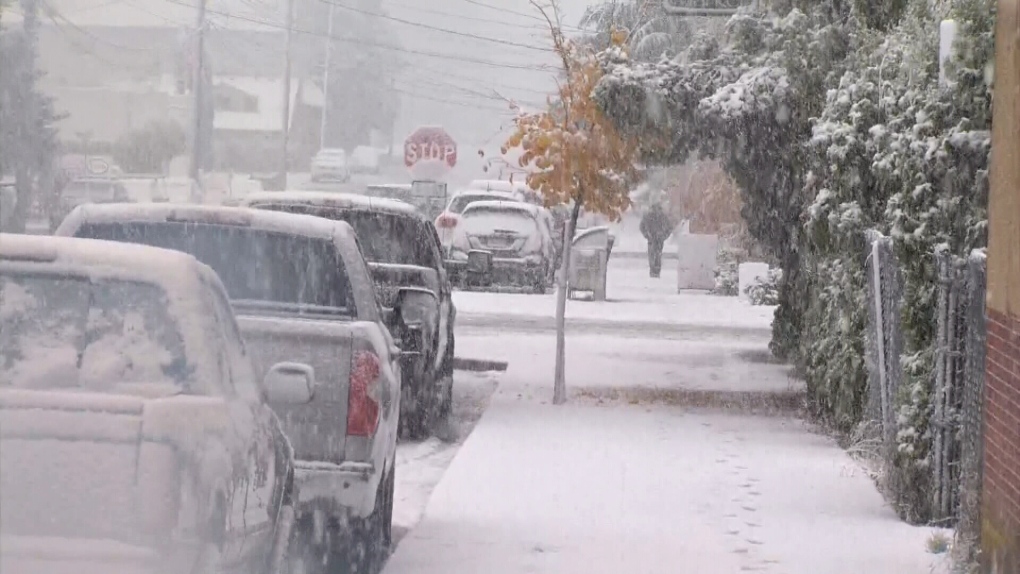 A man in his 80s was reportedly trapped in his tent during this weekends' snowstorm.

VICTORIA -- VicPD officers helped dig out a senior who became trapped in his tent during last weekend's heavy snowfall.

Police were called to a home in the Fernwood area around 10 a.m. Sunday after a community member became concerned for the elderly man, who had made arrangements to live in a tent on the property's front yard for the past year.

The caller saw that the man's tent had collapsed in the snow and called 911.

VicPD officers arrived at the scene and found that the man, who is in his 80s, was uninjured but trapped inside his tent. Officers then cleared the man's tent of snow and confirmed he was unhurt.

"The man indicated that he was happy with his unorthodox living arrangement, and officers spent an extended period of time with him to ensure that he was in a safe environment and had the necessary resources for the weather," said VicPD in a release Wednesday.