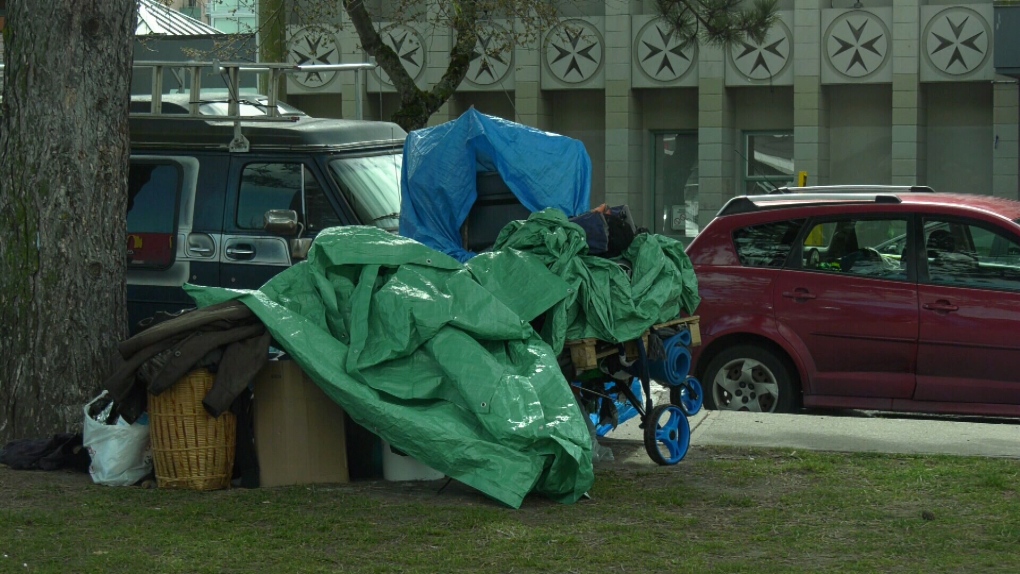 In 2018, volunteers identified more than 1,500 people in need of housing in the Greater Victoria area: (CTV News)

PiT organizers surveyed individuals across the city to gather information on demographics and services needed by the community.

Those living on the street, in shelters, couch surfing or living in their vehicle were considered in the count.

"The Point in Time homeless count really gets detailed information that we need to better understand why people are ending up homeless – and where the service gaps are that we need to fill to get people into housing," said Diana Gibson, Executive Director of the Community Social Planning Council.

The regional count takes place every two years and is funded by the Government of Canada’s Reaching Home: Canada’s Homelessness Strategy.

The 2018 count identified more than 1,500 people in need of housing. It also found that a lack of affordable housing was the biggest barrier to secure housing for most people.

"We recognize, of course, that one of the big factors is a lack of affordable housing," said Gibson. "[But], there’s other nuances around supportive living services and experiences, [like] youth transitioning from care or folks with brain injuries."

"There’s lots of different populations of folks whose service gaps we can identify in this survey, and identify where those needs are," said Gibson.

This year's count is being run by 175 volunteers. Organizers are estimating that volunteers will count roughly the same number of people experiencing homeless in the region as the 2018 survey.

A preliminary report is expected to be released in the first week of April, with a more detailed report due in June.