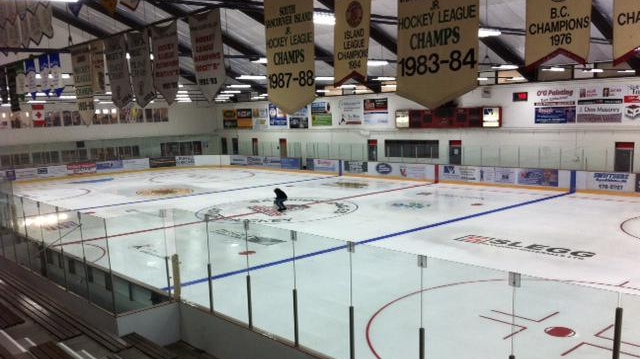 Pearkes Arena in Saanich is seen in this file photo.

VANCOUVER -- The Vancouver Island Junior Hockey League announced Saturday that it would be postponing all games because of new COVID-19 regulations implemented by public health officer Dr. Bonnie Henry earlier this week.

In a statement on its website, the league said it made the decision to postpone the games based on Henry's orders and "information supplied by BC Hockey."

The postponement will be in place "while the situation is being evaluated and the league receives instructions to proceed again."

"To our fans: we appreciate your patience and support during these constantly changing times," the statement says.

The new restrictions announced Thursday prohibit social gatherings with people outside of a "core household."

Recreational sports organizations are still allowed to operate under the province’s Phase 3 recovery rules, however, spectators are now barred from attending events, whether indoors or outdoors. Additionally, travel from one region to another for sports is prohibited.

The restrictions are intended to be temporary and scheduled to expire on Dec. 7, assuming they have the desired effect of reducing B.C.'s surging COVID-19 caseload.

Those youth hockey games are scheduled to be postponed for a two-week "circuit breaker."