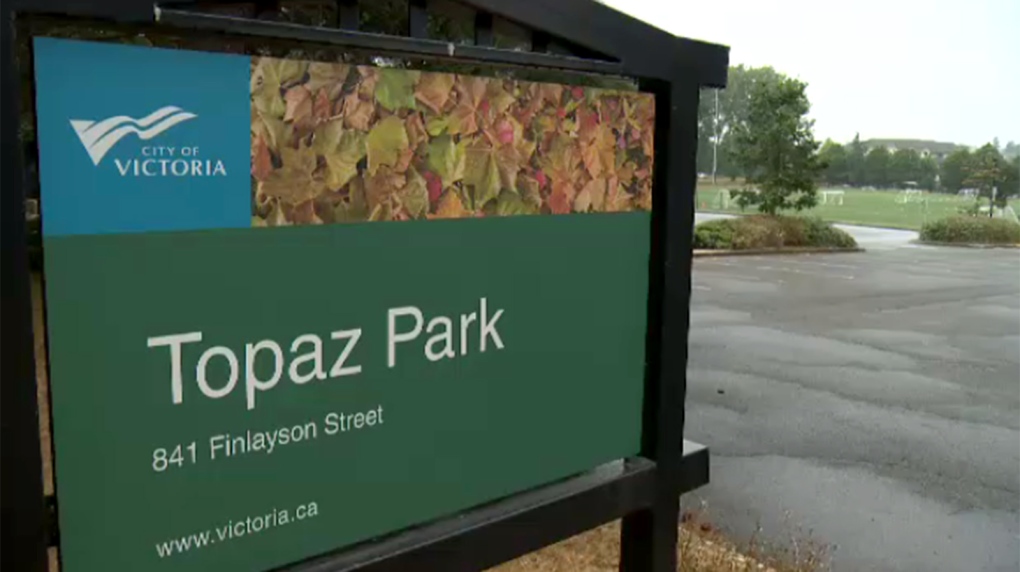 The City of Victoria is opening temporary outdoor homeless shelters at three city parks to help reduce the spread of COVID-19: (CTV News)

VICTORIA -- Not all Victoria residents are in support of the city's new plan to transform three local parks into temporary homeless shelters.

The city says it will be opening temporary outdoor shelters at the gravel soccer field at Beacon Hill Park, Topaz Park and Royal Athletic Park.

However, people whose homes back onto Topaz Park say the new plan is sparking concern amongst neighbors.

"We’re all concerned about the drugs and everything that comes with this," says John Agombar, who has lived next to the park for years.

"It is inevitable; it is not just people needing somewhere to sleep."

Staff members at Our Place say the idea is meant to promote social distancing amid the COVID-19 pandemic in an effort to keep vulnerable people safe.

"The biggest trouble that we're going to have with this population is them congregating together," said Grant McKenzie, director of communications at Our Place.

"Once COVID-19 hits this population, they are already immune compromised, so it is going to hit them hard."

Along with providing washing stations, the people moving into the temporary shelters will receive food and health care information. Our Place adds that making an effort to help the homeless will ultimately help everyone.

"It really is in everyone's best interest to look out for everyone else and that includes the homeless."

He says he is happy that the city and province are taking steps now, before the virus makes its way into the community.

Meanwhile, some park users say they are in support of the shelters, as long as the people living in the facilities are respectful.

However, Agombar says he would rather see the city open up closed recreation facilities to provide safer housing, and prevent damage to the city's greenspaces.

"What is going to happen when we're through all of this and over the coronavirus?" said Agombar. "Is everyone going to get told to ship out? Who is going to clean up the mess?"

He says he hopes the city will reconsider the idea to protect the parks, the people who live nearby and to provide better support to Victoria's homeless population.

On Tuesday, Victoria Mayor Lisa Helps said that the city was working with BC Housing to find suitable indoor locations for new temporary homeless shelters.

While no locations had been chosen yet, Helps said that BC Housing was sending 200 new beds for the future shelters which are scheduled to arrive in Victoria on April 1.