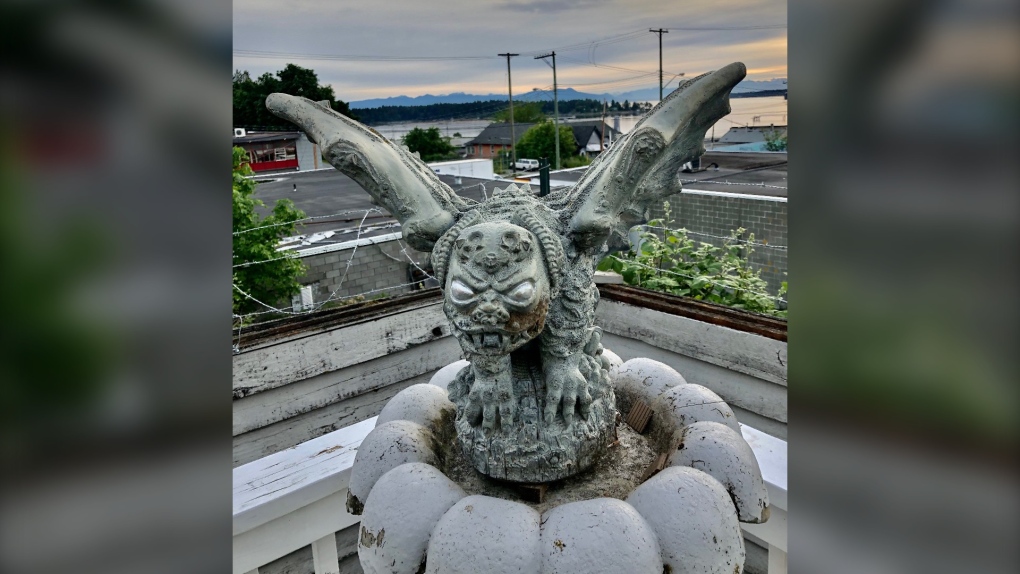 Petey the gargoyle is pictured back at his Nanaimo home after being returned by police Thursday: (Shavauna Ronan)

VICTORIA -- A 100-pound gargoyle named “Petey” that was stolen from a Nanaimo home on Tuesday has been returned.

The statue’s owner, Shavauna Ronan, says she’s happy to have the stony statue back Thursday.

She told CTV News that the gargoyle is a little dirty but is otherwise OK.

The initial theft took place in the early hours of Tuesday morning. Police said at the time that multiple people were likely involved in the theft.

The heist required breaking through a fence panel on the side of Ronan’s property to reach the two foot tall, two foot wide gargoyle that sat on top of a fountain.

Ronan says that Petey was returned to her home by police on Thursday morning. RCMP told her that they found the gargoyle at Nanaimo’s public works yard.

The gargoyle, which has been protecting Ronan’s home from “evil spirits” for the past 15 years, is now sitting back upon its fountain perch.