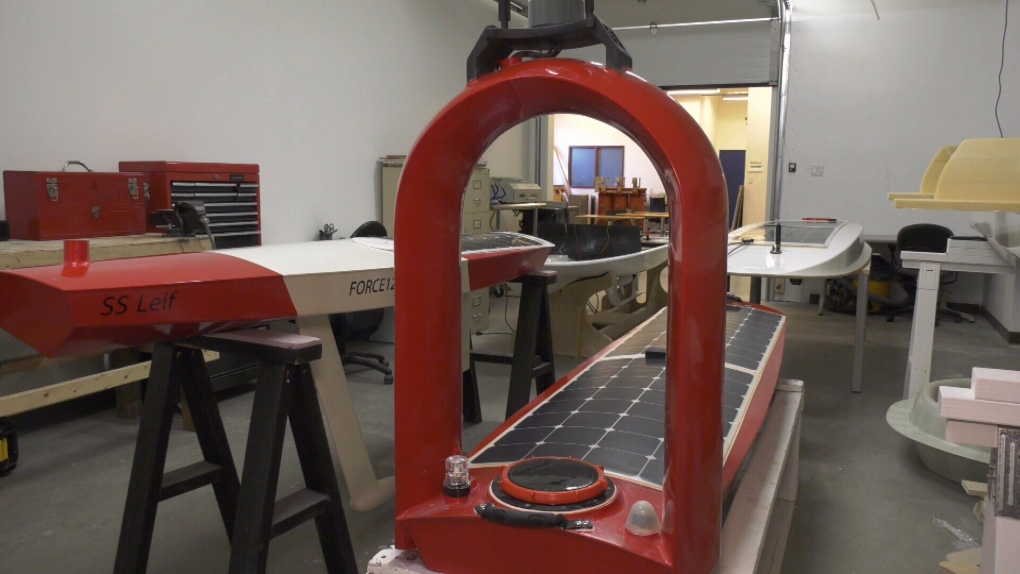 A Saanich-based company is testing out a new series of solar-powered autonomous boats that can monitor B.C.'s waters accurately and remotely: Jan. 24, 2020 (CTV News)

Founded just over a year ago, the Saanich-based Open Ocean Robotics is about to embark on its first mission with the Canadian Coast Guard. In a few months, one of their solar-powered, autonomous boats will be conducting a multi-beam survey to paint a detailed picture of the province's sea floor.

"When we look at our coastlines in Canada only about five per cent have been mapped to modern standards, and in the Arctic that decreases to one per cent," said Open Oceans Robotics CEO and co-founder, Julie Angus.

"So finding ways in which you can more affordably and safely get that data is tremendously valuable, and organizations like the Canadian Coast Guard recognize that," she said.

Having better data for our coastlines can help us better manage our ocean resources, help mariners travel more safely and help understand changes in the ocean following extreme storms.

"Ocean data collection is really pivotal to so many different industries and government organizations," said Angus.

"If you are able to prevent a vessel from running aground with better sea floor data, that would have a profound impact in preventing oil spills."

Open Ocean Robotics has designed their autonomous boats so that they can be deployed for as long as six months alone.

Each vessel is equipped with a suite of sensors and onboard instruments that are powered by solar energy. The sensors can measure water temperature, salinity and even the viscosity of the water when detecting an oil spill. The boats can also be monitored in real time by video through satellite uplink.

"Anything a crewed vessel can typically be used for, our boats can do too," said Open Oceans Robotics CTO and co-founder, Colin Angus.

"It is a way to be safer and greener because when our boats go out, there is no fuel being burned, so it is a very green way to very efficiently achieve these tasks."

The robust design of the drone boats allow them to withstand heavy seas and hurricane-like conditions, according to Open Oceans Robotics. The vessels are even able to capsize and right themselves repeatedly, regardless of ocean conditions.

"If everything goes as we envision, these boats will be used quite frequently off the Canadian coast," he said.