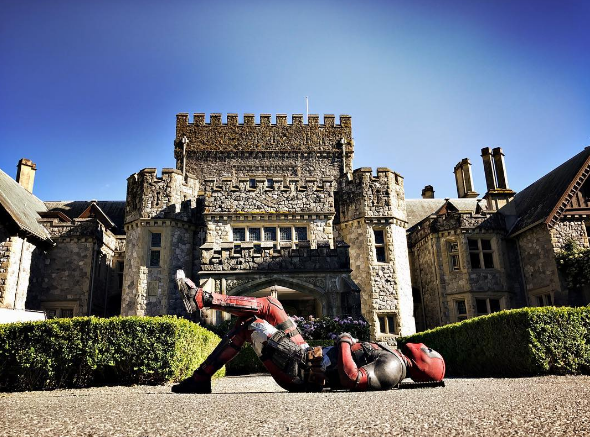 On Saturday, Ryan Reynolds posted a photo of himself lying in front of Hatley Castle. (Twitter)

There was speculation the sequel to Deadpool was filming in Colwood this week and now the star of the blockbuster movie has confirmed it to be true.

On Saturday, Ryan Reynolds posted a photo on social media of himself lying in front of Hatley Castle with the caption, “Dropped by X-Mansion. Looked closely for Beast's lawn bombs before taking well deserved nap.”

A crew was at Royal Roads University for a one-day shoot on Friday, but wouldn’t confirm details, only saying a production was filming at the castle.

The iconic Colwood landmark has long stood in for the Xavier Institute in 20th Century Fox’s X-Men films.

The remainder of the Deadpool sequel is being shot in Vancouver.