An iconic Colwood landmark was buzzing with excitement – and plenty of extra security – for a film shoot reported to be the sequel to the record-breaking hit Deadpool.

Film crews took over Hatley Castle, which has long stood in for the Xavier Institute in 20th Century Fox’s X-Men films, at Royal Roads University Friday.

An air of mystery still surrounds the shoot as the university and the South Island Film Commission wouldn’t confirm details, only saying a production was filming at the castle.

Friday was the only day of filming scheduled for Hatley Castle.

The rest of the Deadpool sequel is being shot in Vancouver. 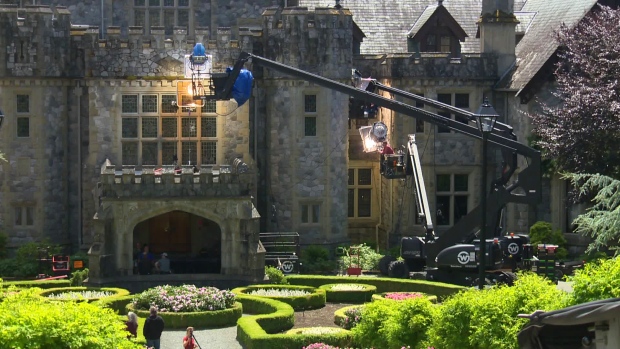 Filming for the sequel to the 2014 hit Deadpool reportedly got underway at Hatley Castle in Colwood Friday, June 16, 2017. (CTV Vancouver Island)