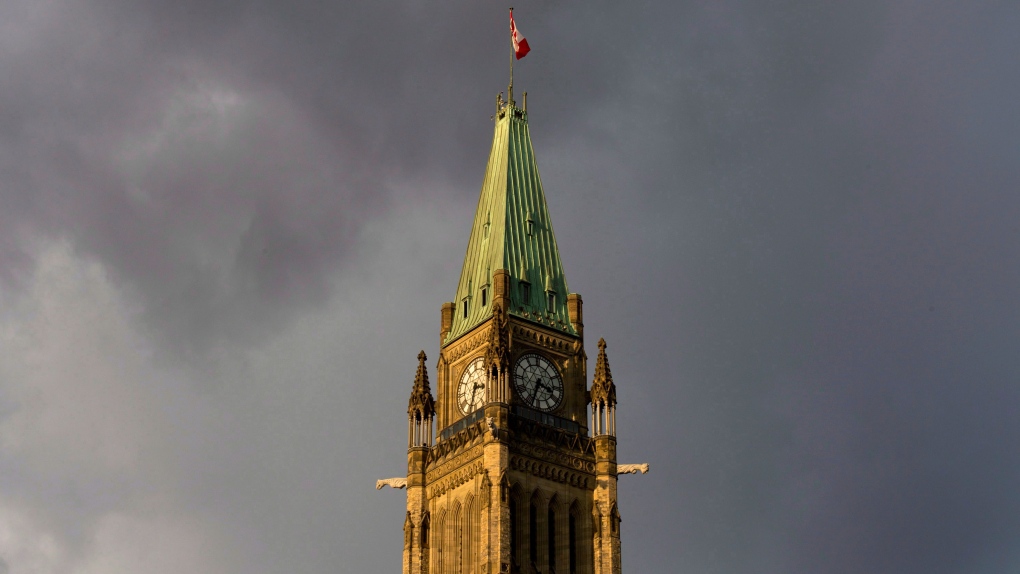 A federal court judge says Rebel Media and the True North Centre for Public Policy have established that they would suffer “irreparable harm” if denied access to the English-language leaders' debate. (Adrian Wyld / THE CANADIAN PRESS)

A federal court judge says Rebel Media and the True North Centre for Public Policy have established that they would suffer “irreparable harm” if denied access to the English-language leaders' debate taking place in Gatineau, Que., tonight and the French-language debate later this week.

Justice Russel Zinn says the reasons for his ruling will be released at a later date.

The two organizations turned to the court after learning their representatives had been denied access to the debate on grounds that they engaged in advocacy.

They asked the court to overturn the decision or order the Leaders' Debates Commission to provide accreditation. They are also seeking a judicial review of the decision and the process used by the commission, though that will be dealt with at another time.

Lawyers for the commission opposed the organizations' motions, saying their client acted within its mandate to uphold the high journalistic integrity of the debate.

Both Rebel and True North said they were notified last Friday that their requests for accreditation had been denied.

The organizations said they received a two-sentence email from the chief of the parliamentary press gallery, who cited their involvement in advocacy as the reason for the rejection.

They argued, however, that other media outlets involved in advocacy, such as the Toronto Star newspaper, have been given the green light to attend.

They said in separate court filings that the commission acted unfairly and in bad faith by waiting until the last business day before the event to convey its decision.

True North said in the documents that the lack of “meaningful feedback” and transparency in the process, combined with the absence of avenues to appeal, make the commission's decision arbitrary and unreasonable.

It also alleged the decision amounts to “an attempt by the current government to censor and silence media outlets that have provided a platform for Canadians with views inconsistent with its mandate.”

The organizations said the two debates put on by the commission are particularly important because they are the only ones Prime Minister Justin Trudeau will take part in during the federal election campaign.

Lawyers for the commission argued Monday there was no harm because the two organizations could nonetheless report on the event by watching it live online or on television.

“There's nothing preventing these groups from reporting on the debates,” Ewa Krajewska argued.

While Rebel and True North would not get a chance to ask questions of the leaders after the debate, “they do not have a legal right or entitlement to that opportunity,” she said.

The commission relied on the ethical standards laid out by the Canadian Association of Journalists in distinguishing between media outlets whose editorial boards and columnists may take a position or endorse candidates - but their reporters do not - and outlets that advocate and fundraise for specific political outcomes, she added.

Krajewska said two other applicants had been denied accreditation on the basis of advocacy and one on the grounds that they were not a practising journalist.

Lawton said late last month he had been barred from a public Liberal party event in Thunder Bay, Ont., and had subsequently received an apology from the party.

He also made headlines last year while running as a Progressive Conservative candidate in Ontario's provincial election.

Lawton came under fire then for past comments critics described as misogynistic, racist and homophobic, which he blamed on a years-long struggle with an unspecified mental illness.

This report by The Canadian Press was first published Oct. 7, 2019.