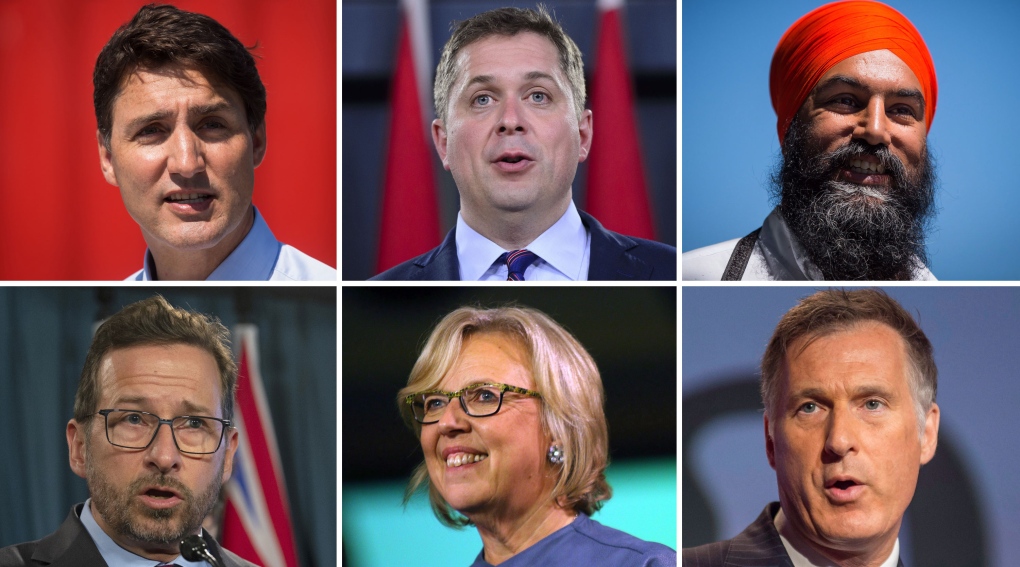 OTTAWA - All six federal party leaders are in the national capital today for an English-language debate that could shake up an election campaign that's seen practically no movement in the polls since it began on Sept. 11.

Leaders don't usually reveal much new about their plans for what they'd do with power, but how they come off when facing opponents directly can buoy or sink a campaign.

Liberal Leader Justin Trudeau and Conservative Leader Andrew Scheer, the two front-runners, both have events in Ottawa this morning: Trudeau has a photo-op with teachers and Scheer is promising an announcement at a downtown hotel.

The NDP's Jagmeet Singh and the Greens' Elizabeth May appear to be fighting for third place, both looking to pick up seats especially on the West Coast.

The Bloc Quebecois' Yves-Francois Blanchet has little to gain or lose in front of a national audience primarily of English-speakers, while the People's Party's Maxime Bernier is counting on the national debates to introduce himself as a populist alternative to the major parties.

This is the first of two debates taking place this week in a theatre at the Canadian Museum of History in Gatineau, Que, with a French-language version coming Thursday.

This report by The Canadian Press was first published Oct. 7, 2019.